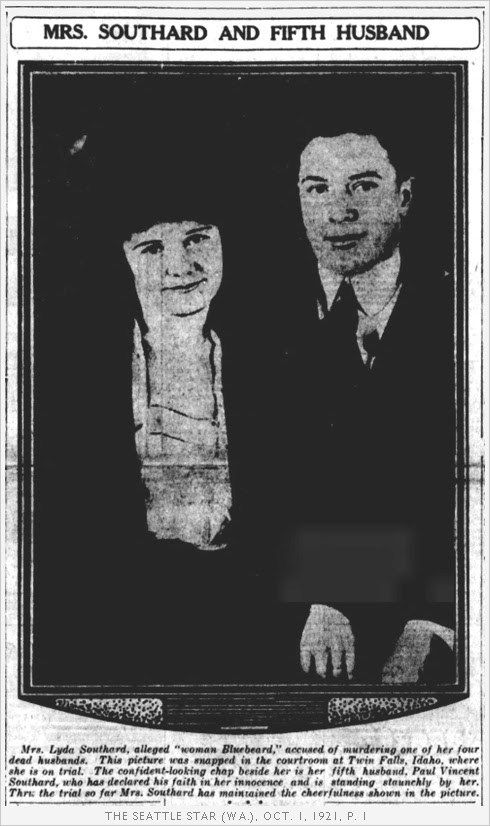 Lyda Southard, also known as “Flypaper Lyda,” has seven husbands. She first married in 1912 at age 21, and within three years her husband was dead, following the deaths of their daughter and his brother. Her second marriage lasted a year. Her third, just four months. Husband number four lasted three weeks before he, too, died. That’s four husbands in eight years, and that’s where someone started to get suspicious. Husbands number five and six survived because they did not buy life insurance as the first four did. Oh, and a prison guard who helped Lyda escape also died mysteriously before she broke out. Are you keeping up with all this? Lyda married a seventh husband, but we don’t know what happened to him. Read the saga of Flypaper Lyda at Historic Horrors. -via Strange Company