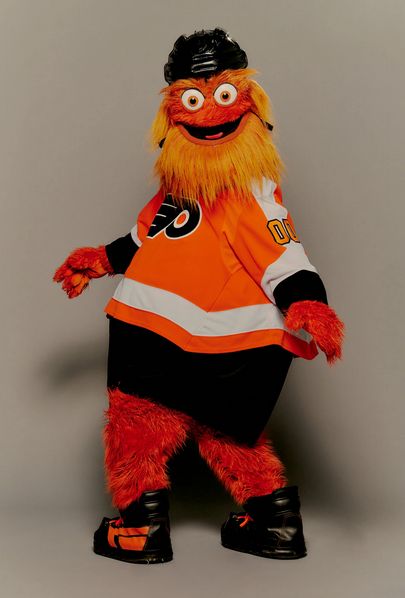 Dave Raymond initially worked as a mascot for the Philadelphia Phillies, an American baseball team. Raymond used his 17-year experience portraying the lumpy, green birdlike creature that is known as the Phillie Phanatic to establish the mascot industry and the industry standard for handling, creating, and portraying sports mascots for publicity and entertainment:

Raymond told the Flyers this at the outset. It was the very first thing he said: “You guys know we’re going to get creamed, right?” He said they could roll out the next Phanatic, and it wouldn’t make any difference — a team like theirs needed to prepare for a reaction that could last up to three months. But Joe Heller, then the Flyers’ vice president for marketing, said the team was ready for it, and Raymond knew right then that it was going to work, because the only projects he has worked on that have ever failed, he says, are the ones that didn’t have the full support of their organizations. That’s his first principle: complete commitment to the initiative.

The second is building a back story. That’s the best way to combat the criticism you’re going to get. “It will always be Why,” Raymond says. “We hate it. It looks terrible. Why did you make it look like that?” Your story is your answer. The one that the Flyers came up with was about a monster that they discovered beneath their stadium while doing renovations. Upon finding his lair, the team invited him up for a game. Not a polished tale, not a polished character, but polish is not what the Flyers wanted.

The biggest question, of course, was what this creature would look like. It had to convey the brand’s image, Raymond explained, but more important, it had to look unlike any other mascot out there. The ones with the most distinct appearances are the ones that make the most memorable impressions. That’s Principle No. 3. The Flyers, Raymond says, are the personification of hockey itself: “plodding and big and hulky and weird.” So the team’s designers gave their monster a massive, bulging body and a severe underbite. They gave him an excessive orange neck beard and swinging, deranged eyeballs. They gave him a bellybutton that could change colors. And then they gave him a name — a name that might have been a bit too on the nose, had they given him a nose. They named him Gritty.