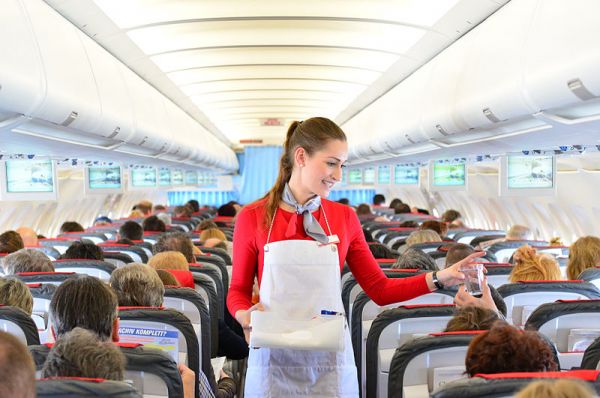 Have you ever cried on an airplane? If you cried in response to something concrete, like hearing “Does anyone know how to fly a plane?” then that’s perfectly understandable. But many people report feeling more emotional while flying even when doing something mundane like watching a movie. Chrissy Teigen brought up the subject on Twitter, and got plenty of responses and possible reasons: altitude, lack of oxygen, anxiety, and alcohol.

For SURE. I cried at Legally Blond 2 and Thor Ragnarok. Some say it’s the air pressure but I believe it’s because deep down your subconscious knows it might be the last movie you ever see

It turns out that this is a known phenomena that has been studied quite a bit.

Jodi De Luca, a clinical psychologist in Colorado who considers the effect of altitude on emotions one of her areas of interest, says passengers might feel a lack of control over their environment or a sense of anxiety that something bad could happen on the plane. That prompts the brain to produce a stress hormone, which can result in an increased heart rate and faster breathing.

“It’s not just psychological or emotional, it’s also a physical and physiological event. It’s never any one variable. And that’s important,” she says. “We are cognitively, psychologically, emotionally [compromised], and now we’re physiologically compromised. The setup is perfect for an emotional vulnerability.”

Read what we know about how flying affects your emotions at Press From. The original Washington Post article is here if you have a subscription. -via Metafilter