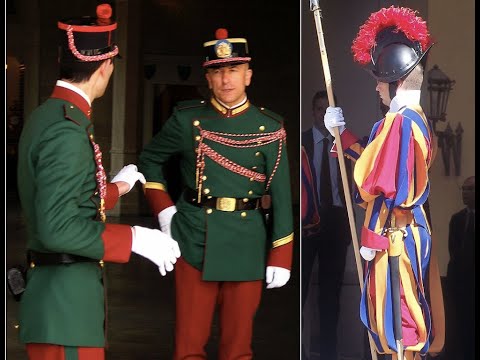 Vatican City consists of only 109 acres, but it boasts the arms of its famous Swiss Guard. Perhaps their uniforms and polearms look out of date, but they are modern, professionally trained soldiers–proper heirs to the Papal troops who fought with bloody savagery during the 1527 Sack of Rome.

The Swiss Guard is one of the long-established but tiny armed forces fielded by the microstates of Europe: Vatican City, San Marino, Monaco, Liechtenstein, and Andorra. In this video, historian Mark Felton describes them.

I find microstates fascinating and have read much about them, but still learned something that I didn’t know: Andorra maintains a 12-man army equipped with weapons passed down as heirlooms within families. Gun ownership is common, so the Andorran government is prepared to call upon the entire adult male population, if necessary, to protect the nation.