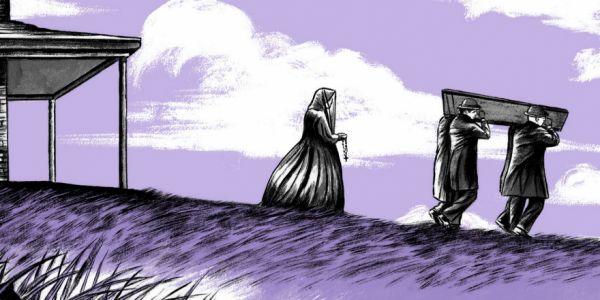 In the mid-19th century, quite a few high profile cases of women poisoning their husbands with arsenic shocked Victorian England and the US. It was the simplest way for women to escape a loveless or abusive marriage, and a new test for arsenic was uncovering what had earlier been an easy crime to cover up. Stanislaus Bilansky died in 1859 after a long gastric illness, and his remains were tested for arsenic poisoning. Suspicion fell on his third wife, Ann, who Bilansky had married only the autumn before. The case became the talk of St. Paul, Minnesota, and dominated the newspapers.

If the tone of the reportage is any indicator, for many spectators, the narrative wasn’t a whodunit. Guilt was all but certain. The mystery was why Ann would kill her husband of less than a year. Was it malice, money, or solely her love for another man? Was she born with a wicked heart, or had it curdled over the years?

In this gripping “whydunit,” each installment that appeared on newsstands was like a drug, ready to be snatched up by eager customers with a few pennies to spare. Would Ann the irredeemable go free to kill again? If not, would she rot in a musty prison cell or become the first woman executed in Minnesota, a newly minted U.S. state? Many people hoped for the latter. In their minds, Ann’s execution would serve as a symbolic cleansing of evil from a God-fearing society.

The evidence was all circumstantial, and came from neighborhood gossips. The tests for arsenic had problems, and were administered by a physician who’d never done them before. The public seemed eager for not only a conviction, but a hanging, too. Bilansky’s conviction and punishment was complicated by a jailbreak, the suicide of a witness, and a legislative act specifically for her. Read about the case of Ann Bilansky, and some other arsenic cases, at Atavist.  -via Digg