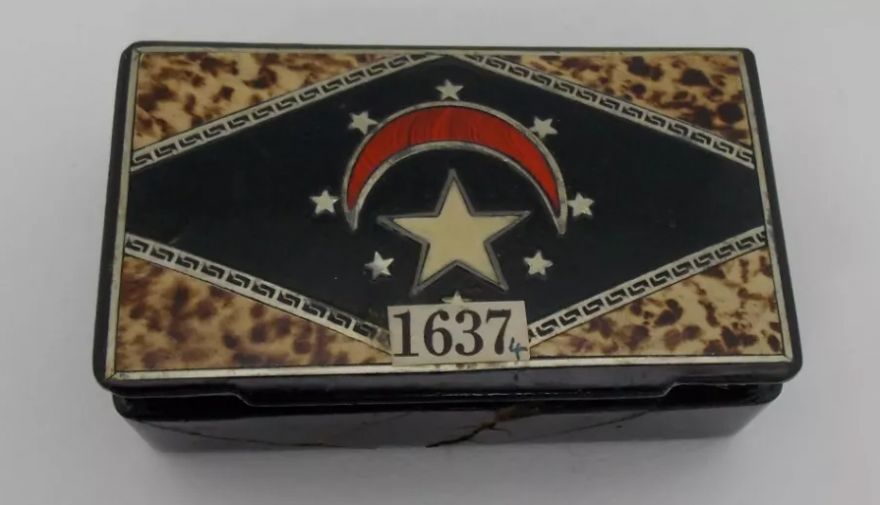 This artifact was finally found after 70 years! A 5-inch-long (13 centimeters) piece of cedar was one of the only three objects to have been removed from the Queen’s Chamber at Egypt’s Great Pyramid of Giza. The wood was discovered in a cigar box at the University of Aberdeen Museums (UAM) in Scotland, as Live Science details:

Back in the 19th century, British engineer Waynman Dixon was constructing a bridge in Cairo when he was contacted by Charles Piazzi Smyth, astronomer royal for Scotland, to assist in a survey of the Great Pyramid with the permission of the Egyptian Antiquities Service, according to the NMS. During the 1872 survey, Dixon removed three objects from the Queen’s Chamber: a piece of cedar, a ball and a hook. Together, they became known as the “Dixon relics,” and while the ball and hook were later housed in the collection of The British Museum, the piece of wood embarked on a different journey, according to the UAM statement.

The cedar chip ended up in the possession of Dr. James Grant, a Scottish doctor who practiced medicine in Egypt during the late 19th century; he assisted Dixon with the Great Pyramid survey and was with Dixon when he found the so-called relics, UAM representatives said. Their records showed that Grant’s daughter donated a “five-inch piece of cedar” to the museum in 1946.