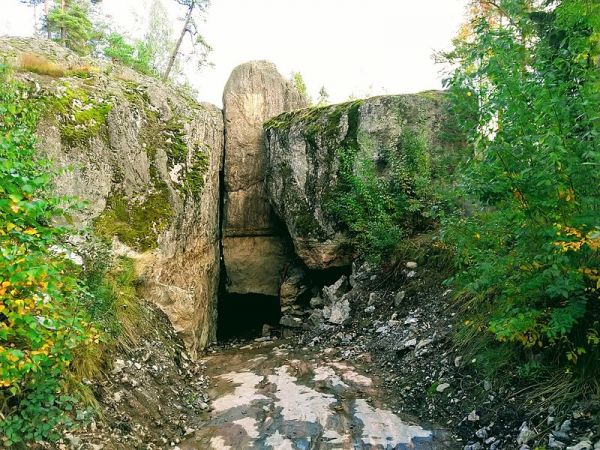 In the 1980s and the decades afterward, a cult flourished that revolved around Ior Bock, a Finn who claimed to be descended from mystical ancient pagans. Bock was once a well-known actor in Finland, and he spent years as a tour guide for a historical site until he was let go for embellishing his historical tales. Honestly, Ior Bock’s biography is bonkers, involving incest, adoption, fratricide, showbiz, cult leadership, mental illness, paraplegia, and murder -and some of it is true.

In the 1970s and ’80s, Bock spent his summers in Goa, India, which was at the time a refuge for hippies looking for enlightenment. He told the story of his family’s saga as the keepers of history. It explained the origins of all the people of the world and how they are related, as well as the pagan paradise that was once the North Pole, but is now in Finland. Bock gathered followers and told them of a temple called Lemminkäinen that was a chamber full of treasures from the early civilizations he spoke of.

So, since 1987, a small but dedicated team of amateur archaeologists have been excavating the Temple of Lemminkäinen on the Bock family estate.

According to Ior Bock, the temple was sealed in 987AD to protect the pagan artefacts from Catholic crusaders who invaded Finland, so the first job was to open it back up.

They’ve been digging for more than 30 years now. Dutch author Carl Borgen traveled from Canada to Goa as a teenager and heard Bock’s saga, but didn’t follow him back to Finland. He kept in touch with friends who did, and now had published a book called Temporarily Insane, which is an account of Bock and his followers. Read an overview of Bock, Borgen, and the book at The Scotsman. -via Strange Company