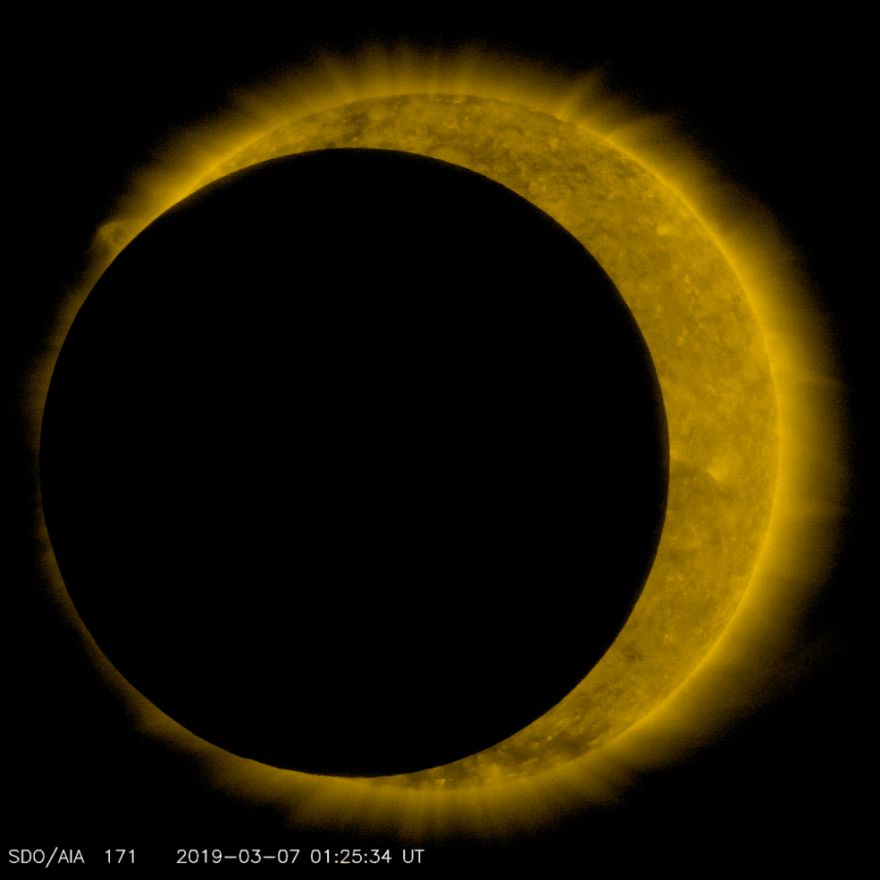 A few days ago, NASA’s solar dynamics observatory gave us a very weird phenomenon: the moon, after passing the sun, seems to have retraced its orbit and went on the reverse. But apparently this is nothing new.

The Moon’s unusual apparent behavior during this particular transit is a phenomenon similar to retrograde motion: When a celestial object appears to move backwards because of the way that different objects move at different speeds at different points in their orbits.