Many Roman villas, private residences, as well as public buildings, were lavishly decorated with mosaic floors. Mosaics served as a symbol of wealth and status, and many powerful and wealthy Romans commissioned them to impress their guests, choosing themes that reflected their status. Some depicted scenes from everyday life, such as athletics playing and ladies bathing. Others were full of drama and violence—gladiator fights, hunts and exotic creatures from mythological episodes. Like any work of art, floor mosaics are an invaluable record of ancient Roman life—the clothes they wore, the food they ate, the tools they used, the sports they played.

One of the most richest, largest and varied collection of Roman mosaics in situ are found at the Villa Romana del Casale, situated about 3 km from the town of Piazza Armerina, in Sicily. 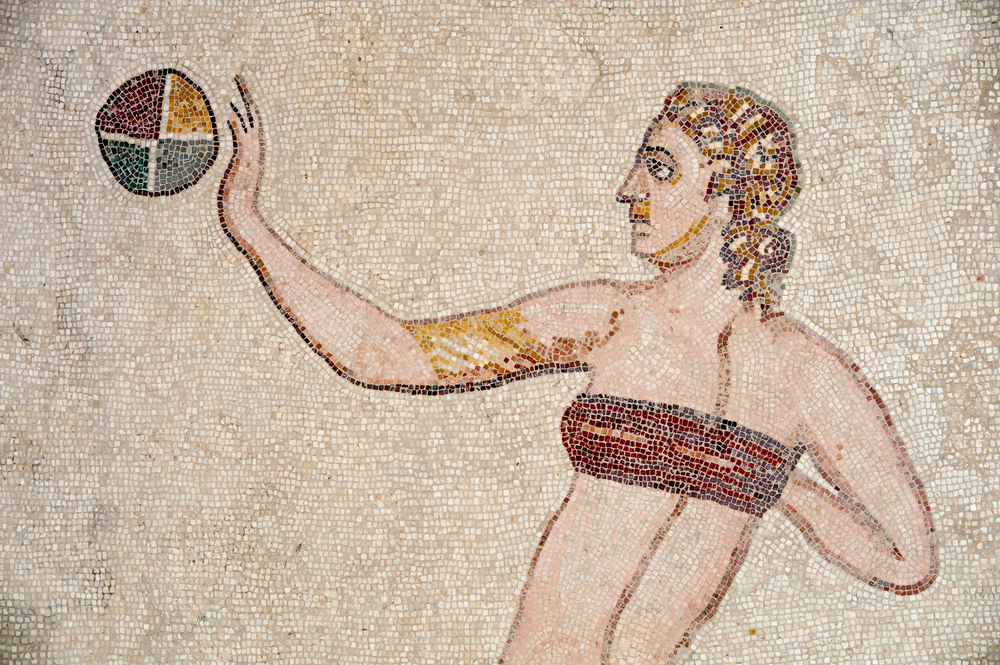 Mosaic of a woman playing with a ball on the floor of the Villa Romana del Casale. Image credit: Marco Ossino/Shutterstock.com