Situated on the banks of River Thames, about 9 km east of Greenwich, is a two-story brick building housing one of the most beautiful Victorian-era sewage pumping station.

Nicknamed “cathedral of the marshes” after the adjacent Erith Marshes, this magnificent building features spectacular ornamental cast ironwork. The exterior originally had a giant humbug-striped chimney, and its doorways were modeled after Norman cathedrals. 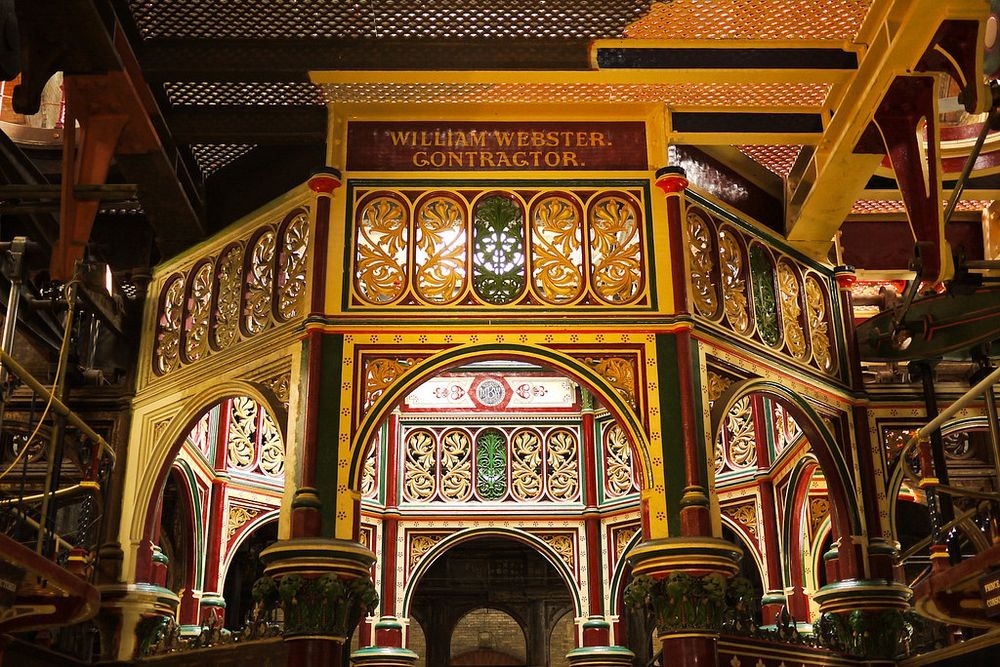