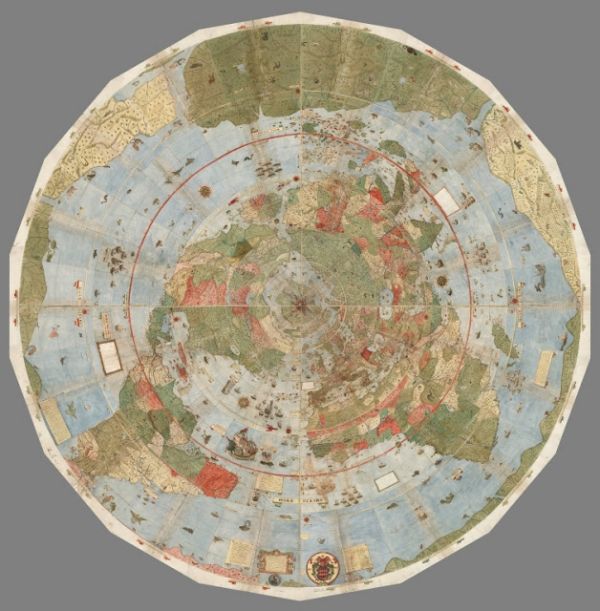 Milanese cartographer named Urbano Monte made a nine-foot-wide circular map of the world in the 1580s, with spectacular attention to detail, which was more accurate than most maps of the time. Instead of centering the earth over his own home, he centered it on the North Pole.

Monte’s map is quite impressive as a work of continental-scale cartography. He gets a lot of things right, relative to his sixteenth-century peers: California is not an island. Africa is fairly accurately delineated, and Europe and the Mediterranean are quite accurate. But that’s not what makes the map unique. It’s the fact that the enormous scale of Monte’s vision gave him space to crowd his map not only with a tremendous amount of local cartographic detail, but with tiny illustrated figures (of demons, monsters, unicorns, and more), mini-maps of major cities, and highly eclectic captions. 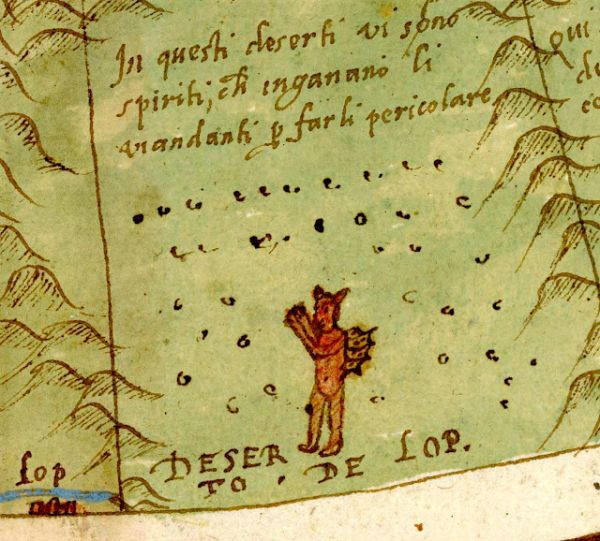 While the map is a study in geographic accuracy, the drawings and captions are highly subjective, and often entertaining. See details and commentary from Urbano Monte’s world map at Res Obscura.  -via Strange Company

Rating The Most Wonderful Map in the World: Urbano Monte's Planisphere of 1587 is 5.0 / 5 Votes: 3
Please wait...
Loading...
Related articles