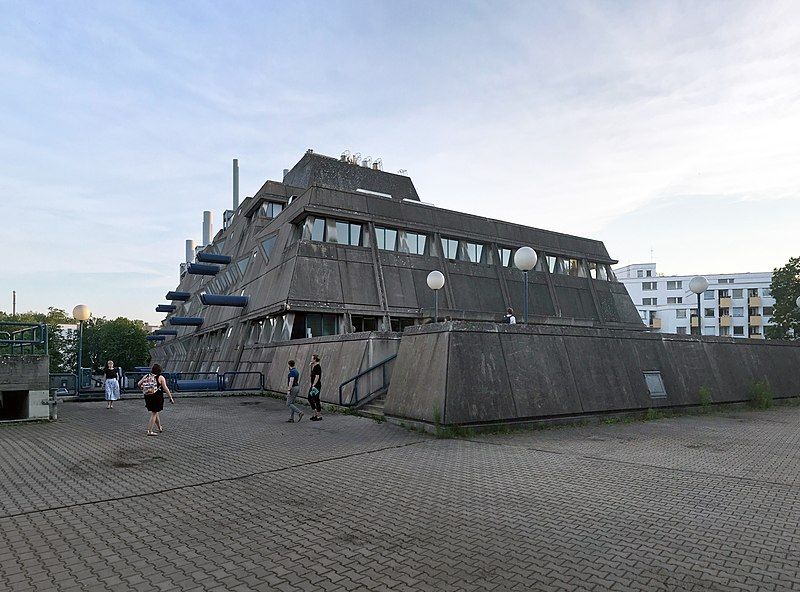 Found in the middle of Germany’s capital city is a former animal research facility known as the “Mouse Bunker”. Why does it have such a name, you ask? The answer is because the place was brimming with mice. It is said that at some point, the facility has housed over 45,000 mice and 20,000 rats, as well as other rodents.

Officially the Central Animal Laboratory of the Free University of Berlin, the Mäusebunker was completed in 1981 as part of the Institute for Hygiene and Microbiology. It’s connected to the latter via an underground tunnel. The sinister-looking building was designed by the husband-and-wife duo of Gerd and Magdalena Hänska. Construction of the bunker began in 1971, and would have been completed at least three years earlier if cost had not gone spiraling out of control.

The Mäusebunker was built to look like a fortress, although it is more often compared to a warship because of its inclined walls and blue-painted ventilation shafts that protrude from the sides like cannon barrels…

The use of the building is just as uncanny as the threatening appearance of the building: The mouse bunker was built by the Free University to carry out scientific experiments with live animals and to breed the animals required for this on site. For safety reasons, the animal testing laboratories are located deep in the building and are ventilated with cannon-like air intake pipes.

Despite the Mouse Bunker’s closure in 2010, the building still stands tall in Berlin to this day, thanks to the efforts of some residents, architects, and other activists, who launched a campaign and successfully stalled its demolition.

The building will now be reviewed to explore reuse options.

With its cannon-like ventilation shafts, it certainly does look more like a battleship than a fortress.