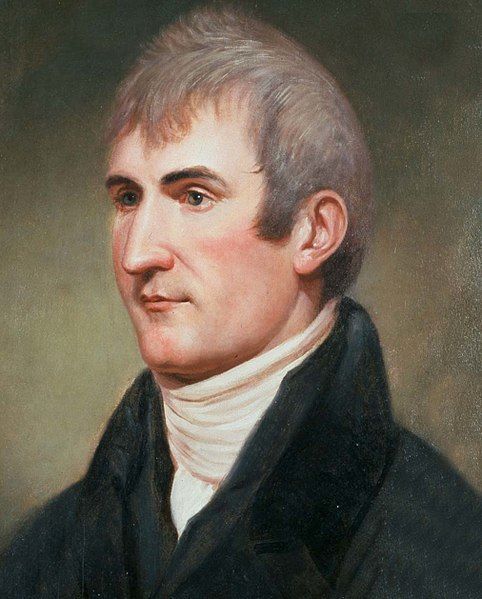 Meriwether Lewis is best known as the leader of the expedition to explore the new addition to the United States called the Louisiana Purchase. From 1804 to 1806, Lewis, with his second-in-command William Clark, traveled from St. Louis to the Pacific Northwest and back again under the sponsorship of President Thomas Jefferson. You might not be as familiar with what happened to Lewis afterward. He was appointed the Governor of the Louisiana Territory, and during a trip to Washington in 1809, died of a gunshot wound at an inn in Tennessee.

Some believers in the murder theory blame bandits—the Natchez Trace was not the safest route. Others have more conspiratorial explanations. The rough politics of the territorial frontier created fierce enmities. General James Wilkinson, the first governor of the territory, was an agent of Spain, or perhaps a double agent, and may or may not also have been conspiring with Vice President Aaron Burr. Then there was also the ongoing spat with Bates.

But most historians believe the suicide theory, even as they admit there’s not enough evidence to be definitive.

Lewis was only 35 years old; why would he have committed suicide? At least one scientist has a theory that may surprise you. Read about it at Jstor Daily.