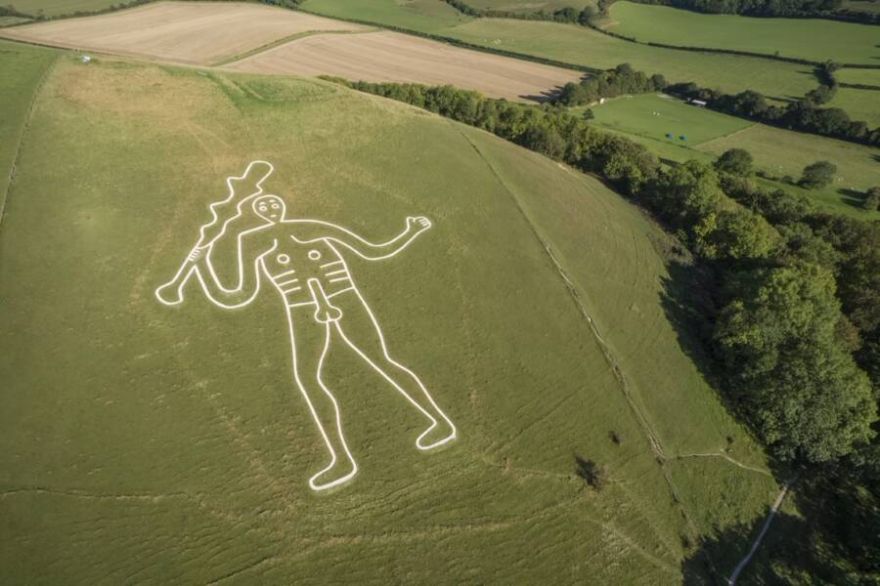 Scientists have figured out the mystery of the Cerne Abbas Giant in Dorset, England. Well, a part of it, at least. The humongous carving was made with chalk – and researchers used the material to determine when the carving was made. Based on the chalk samples, researchers now believe that the giant dates back to the Late Saxon period:

The earliest known mentions of the Cerne Abbas Giant are from just 300 years ago, leading researchers to believe it was probably about that old. But according to [Mike] Allen, “Everyone was wrong and that makes these results even more exciting.”

Because a notoriously meticulous English cartographer named John Norden made no mention of the giant during his study of the area in 1617, some people have long believed that it didn’t yet exist. But Allen suggested that the site was merely covered with long grass.

To determine the giant’s true age, Allen and his team took soil samples from its chalk outline as well as from the soil nearby. Then, using a technique called “optically stimulated luminescence,” they determined when their samples were last exposed to sunlight.

They discovered that the oldest samples of chalk dated between 650 and 1310 A.D., and the soil around it dates to 700 to 1100 A.D. According to Allen, this means that the giant cannot be older than that, which puts the creation of it squarely in the latter part of the Saxon period which lasted from 410 to 1066 A.D.