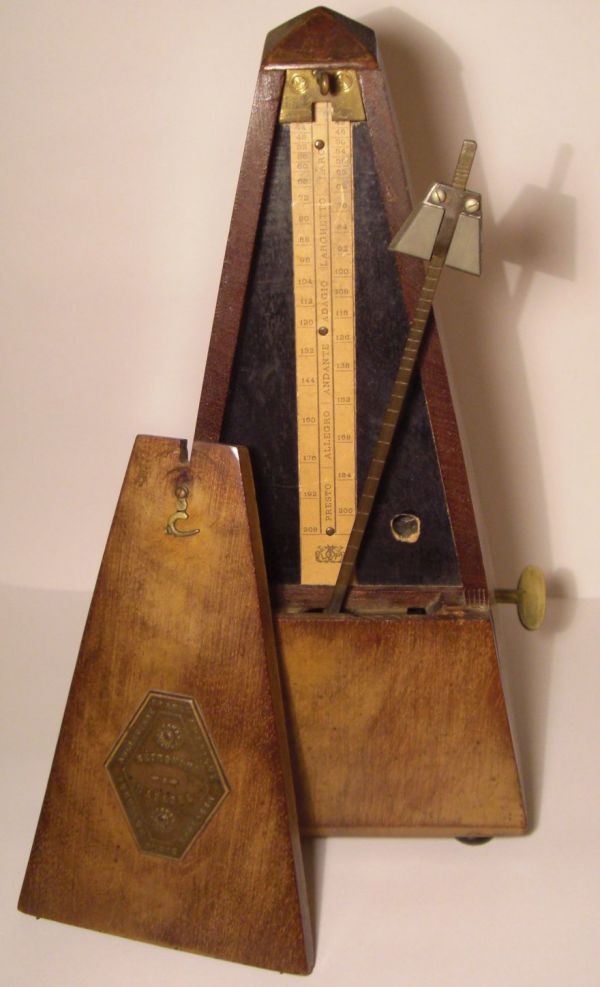 Orchestra conductors all over the world present the music of Beethoven, but even when they are trying hard to reproduce his original work, they almost always slow down the tempo of his written directions. Why did Beethoven want his music played so fast?

Ludwig van Beethoven (1770-1827) was one of the first composers to start using a metronome, a device patented by Johann Nepomuk Maelzel in 1815. At that time, he started to edit his works with numerical marks with metronome indications. Doubts about the validity of these marks date back to the 19th century and during the 20th century many musicological analyses were carried out, some of which already pointed to the hypothesis that the metronome was broken, an assumption that could never be verified. In any case, most orchestra conductors have omitted these marks as they consider them to be too fast (Romanticism), whereas since the 1980s, other conductors (Historicism) have used them to play Beethoven. However, music critics and the public described these concerts as frantic and even unpleasant.

A few years ago, scientists posited the theory that Beethoven’s metronome might have been broken -or even sabotaged. However, new research says it’s possible that the composer suffered from early adopter syndrome, before usage standards were commonly agreed upon. Read about the research into Beethoven’s metronome use, and the conclusions so far at EurekAlert! -via Strange Company