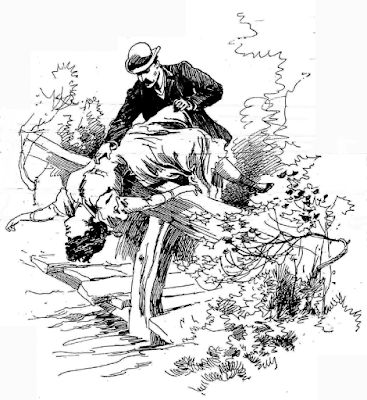 Forensic science wasn’t all that advanced in 1896 when a young woman’s body was retrieved from the Miami River in Dayton, Ohio. Refrigeration wasn’t a thing, either, so the unidentified body was assumed to be a suicide and quickly buried. However, Bessie Little was eventually buried three times as Police Chief Thomas Farrell tried to ascertain the cause of death as her family secrets came out.

Bessie was a domestic servant who fell for the wealthy young Albert Frantz. She was thrown out of her parents’ home over the relationship. Albert was engaged to another woman, but it was thought that Bessie was either pregnant or had undergone an abortion, because of a visit to a doctor shortly before her death. Did Albert murder her? He insisted it must have been a suicide, but his story later changed to him witnessing her suicide. But after Bessie was disinterred the second time, her head was cut off to preserve evidence. The trial hinged on the question of whether someone could shoot themselves in the head twice.

Read the story of the gruesome investigation into a sad but everyday story of love gone deadly at Murder by Gaslight.  -via Strange Company