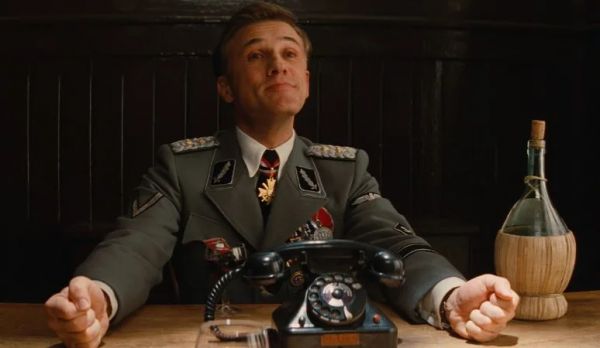 Hanns Scharff was drafted into the German army during World War II. Terrified of being sent to the Eastern Front, he used his family connections and ability to speak English to work his way into the position of interrogating Allied POWs for the Luftwaffe. The Nazis had established brutal tactics for extracting intelligence from captives, but Scharff found them distasteful and decided to go his own way.

And so it was that Scharff would use the role of “Good Cop” to achieve his goals. Scharff first gained the trust and confidence of the captives, plying the captives with long walks in the woods, his wife’s baked delicacies, casual conversations, good medical care, and even letting one POW fly a plane. Beyond all these little kindnesses, he would sell himself as their biggest advocate with his superiors. He was the one who could keep them from the Gestapo, but only if they worked with him and played ball. No Nazi dentist would dig into their gums and ask them, “is it safe?”

His methodology was as follows: get to know the POW, and then allow him to talk without coercion. Along the way, Scharff pretended to know everything beforehand, but stated that his superiors insisted that the information come from the captive. Then he would either confirm that he knew the information or discontinue the conversation. This eventually became known as the Scharff Method, and it was highly successful. POWs often offered up vital intelligence on their own through his trickery. No brutality, no torture…no raising of voices. No use of the Gestapo.

Scharff didn’t follow the manual, but the Nazis couldn’t argue with his success. Read about the life and legacy of Nazi interrogator Hanns Scharff at Today I Found Out.

Rating The Nazi Interrogator Who Killed Them With Kindness is 5.0 / 5 Votes: 1
Please wait...
Loading...
Related articles