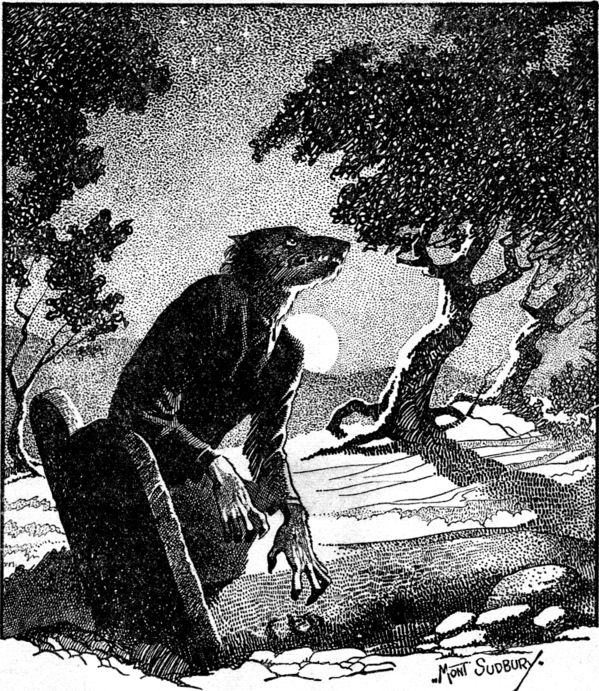 In the final months of World War II, Hitler and his generals threw everything but the kitchen sink at the Allied forces, no matter how nonsensical. That included werewolves. No wolves were involved, but the Nazis tried to instill fear in their enemies by infiltration, taking out soldiers one by one when they were alone, and most of all, instilling fear with propaganda that tied the attacks to the supernatural.

From the start of the war, Hitler pulled from Germanic folklore and occult legends to supplement Nazi pageantry. High-level Nazis researched everything from the Holy Grail to witchcraft, as historian Eric Kurlander describes in his book, Hitler’s Monsters: A Supernatural History of the Third Reich. Among those mythological fascinations were werewolves. “According to some 19th and early 20th century German folklorists, werewolves represented flawed, but well-meaning characters who may be bestial but are tied to the woods, the blood, the soil,” Kurlander says. “They represented German strength and purity against interlopers.”

It was an image Hitler harnessed repeatedly, from the name of one of his Eastern front headquarters—the Wolf’s Lair—to the implementation of “Operation Werewolf,” an October 1944 plan for Nazi SS lieutenants Adolf Prützmann and Otto Skorzeny to infiltrate Allied camps and sabotage supply lines with a paramilitary group. Skorzeny had already proved the value of such a specialized strike in 1943, when he successfully led a small group of commandoes to rescue Benito Mussolini from a prison in Italy.

The plan started with an elite group of German soldiers, but did not go all that well. They had more luck by enlisting partisan civilians, who continued to attack Allies even after the war’s end. Read about the werewolves of World War II at Smithsonian.

Rating The Nazi Werewolves Who Terrorized Allied Soldiers at the End of WWII is 5.0 / 5 Votes: 1
Please wait...
Loading...
Related articles