Though you’d expect to find a zine fest in New York or LA, it may come as a surprise to hear that Omaha, NE is home to a burgeoning community of zine creators and aficionados. In 2016, Andrea Kszystyniak, Daphne Calhoun, and Kaitlan McDermott co-founded Omaha Zine Fest, the first of its kind for the city. “[Omaha Zine Fest] was kind of my coming out to the community because I’m kind of introverted,” Kszystyniak tells Creators. “It was a way for me to share my interest with other people in the community, and we wanted to create a space where people could meet others and network.”

Kszystyniak’s interest in zines started when she was a teenager in Rhode Island, and despite the camaraderie the three co-founders now share, they didn’t know each other beforehand. “I just decided I wanted to do a zine fest and made a Facebook page,” Kszystyniak says. “I met Kaitlan through responses to that page, literally a week or two after I put the page up.” The duo knew McDermott through mutual connections, and once the women had found each other online, they set about creating a real life event. 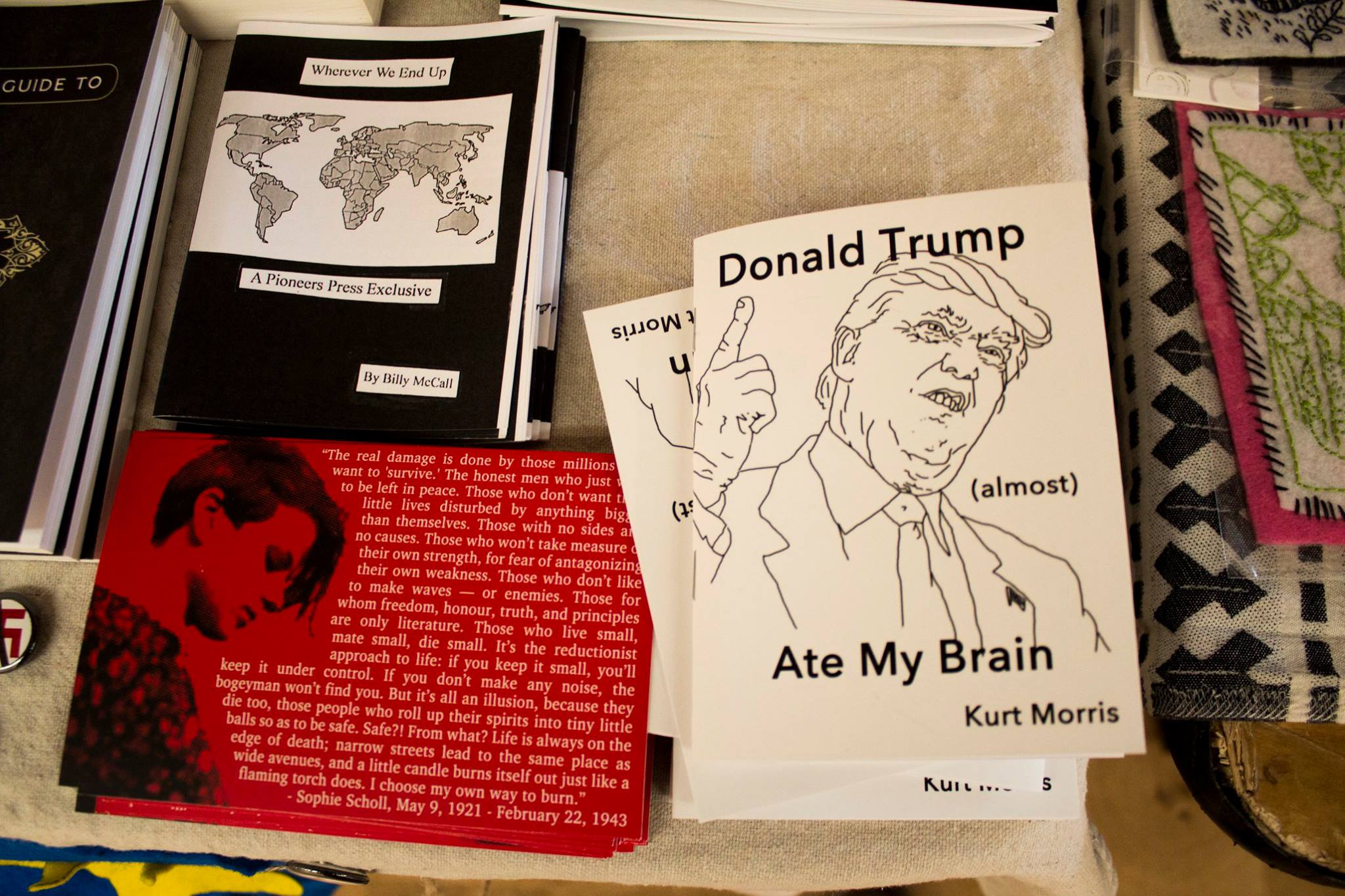 A selection of zines at the 2017 Omaha Zine Fest. Photo courtesy of The Union for Contemporary Art.

“Zines give people the opportunity to share in ways that they might not have be able to through mainstream media outlets,” Kszystyniak, a former journalist, explains. “That was a big part, wanting to hear from different people and give different people an opportunity to speak.” To wit, the fest has hosted around 95 different zine creators at this year’s event from all around the continental United States, though half of those involved were from Nebraska. 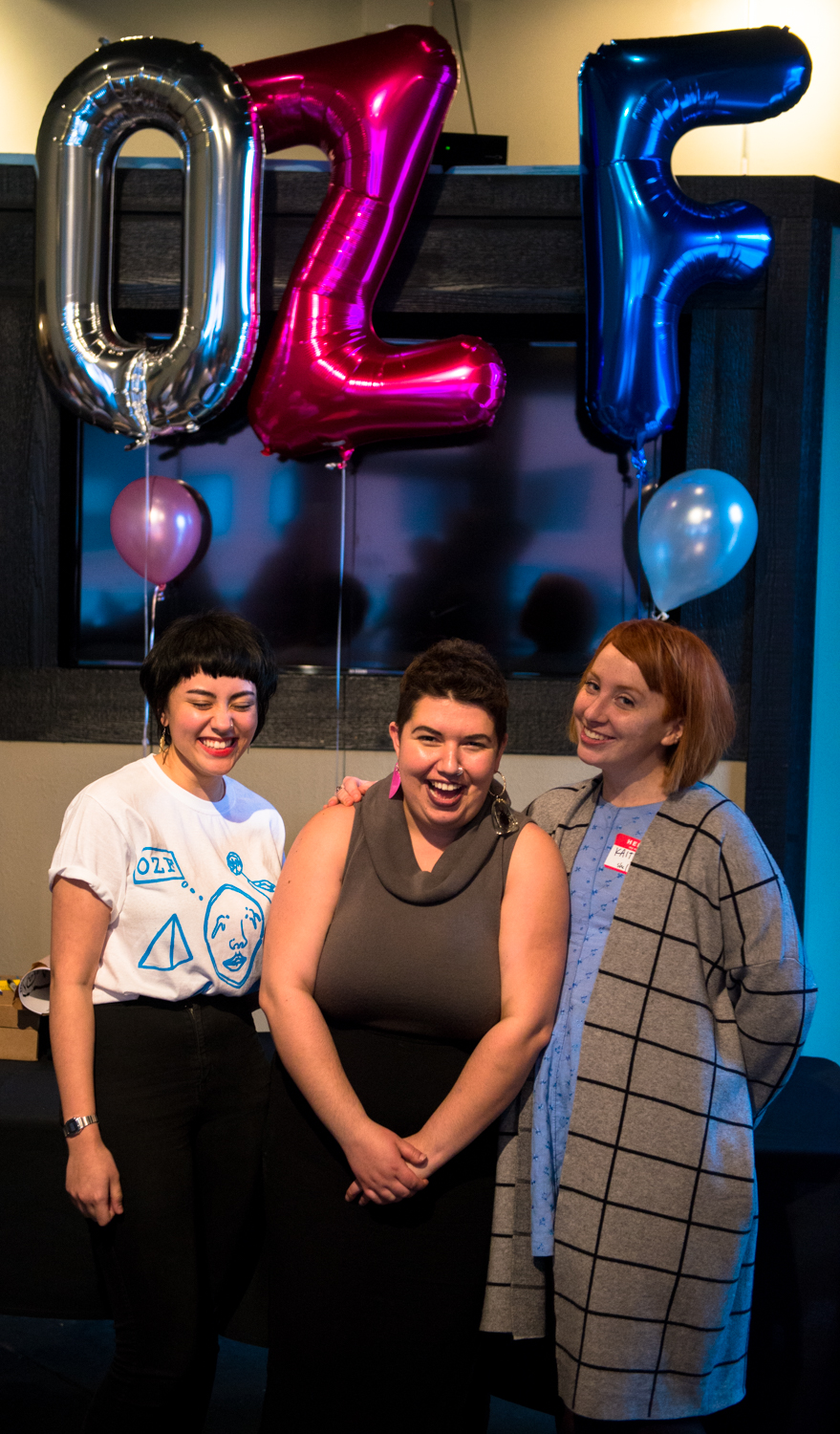 To drum up ideas for organizing the event, the founders headed out to the Twin Cities Zine Fest in Minneapolis and reached out to Kansas City Zine Con. In the spirit of zine culture, they went on to borrow tactics from those events, like their “safer space policy.” “That’s really just the nature of how this all works,” Kszystyniak says, citing a popular Facebook group for zine fest organizers.

In addition to a zine library for reading and table spaces for buying, selling, and trading zines and other DIY material, the Union for Contemporary Art in Omaha hosted a series of workshops. “This year, our workshops were more activist-oriented because of the current political situation,” Kszystyniak says. This was a contrast from the first year’s breakout sessions which were more zine-oriented. “We had Planned Parenthood come and talk about reproductive justice and Nebraska Appleseed talk about writing letters to your senators. We also had a lecture on womanism and writing spoken word inspired by womanism. It was just all of these things that we thought would help people in our community and help to engage people in our community outside of zines.” Those workshops, too, live in the history of zine culture which has historically been connected to countercultures and subcultures. 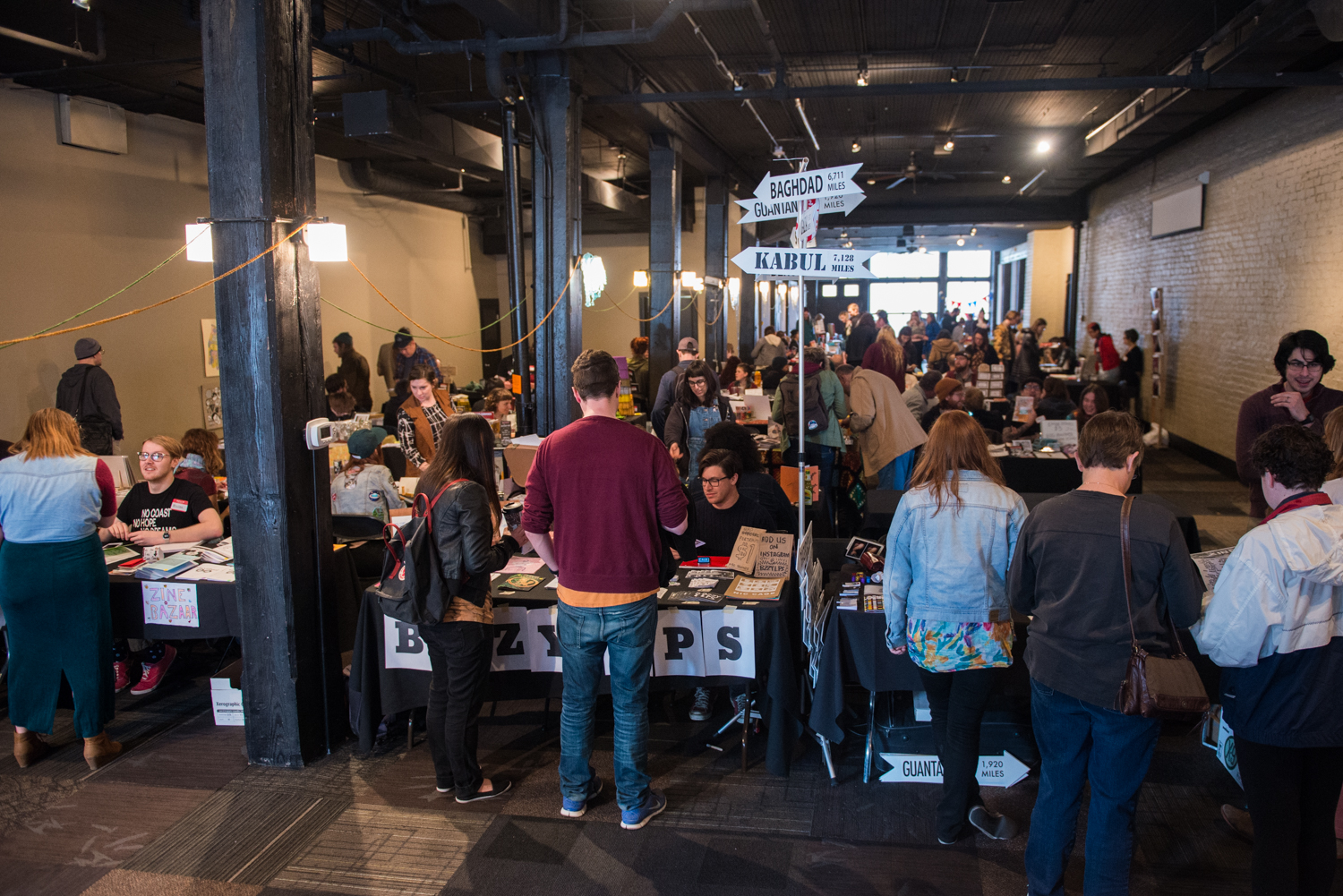 Attendees at the first over Omaha Zine Fest in 2016. Photo by Harrison Martin

While Kszystyniak can’t say for sure whether activism will continue to be such a large component of the fest, she’s inclined to say it will. “The three of us are inherently political people and the fest is kind of structured in that way,” she says. “When we first decided we were going to do it, the safer spaces policy was the most important thing to have, and that’s kind of political in its own way.”

“I can’t see us backing down from that now that we’ve done it,” she continues. “I feel like I’m only going to get madder.”

Submit Your Work to Our DIY Zine-Making Competition