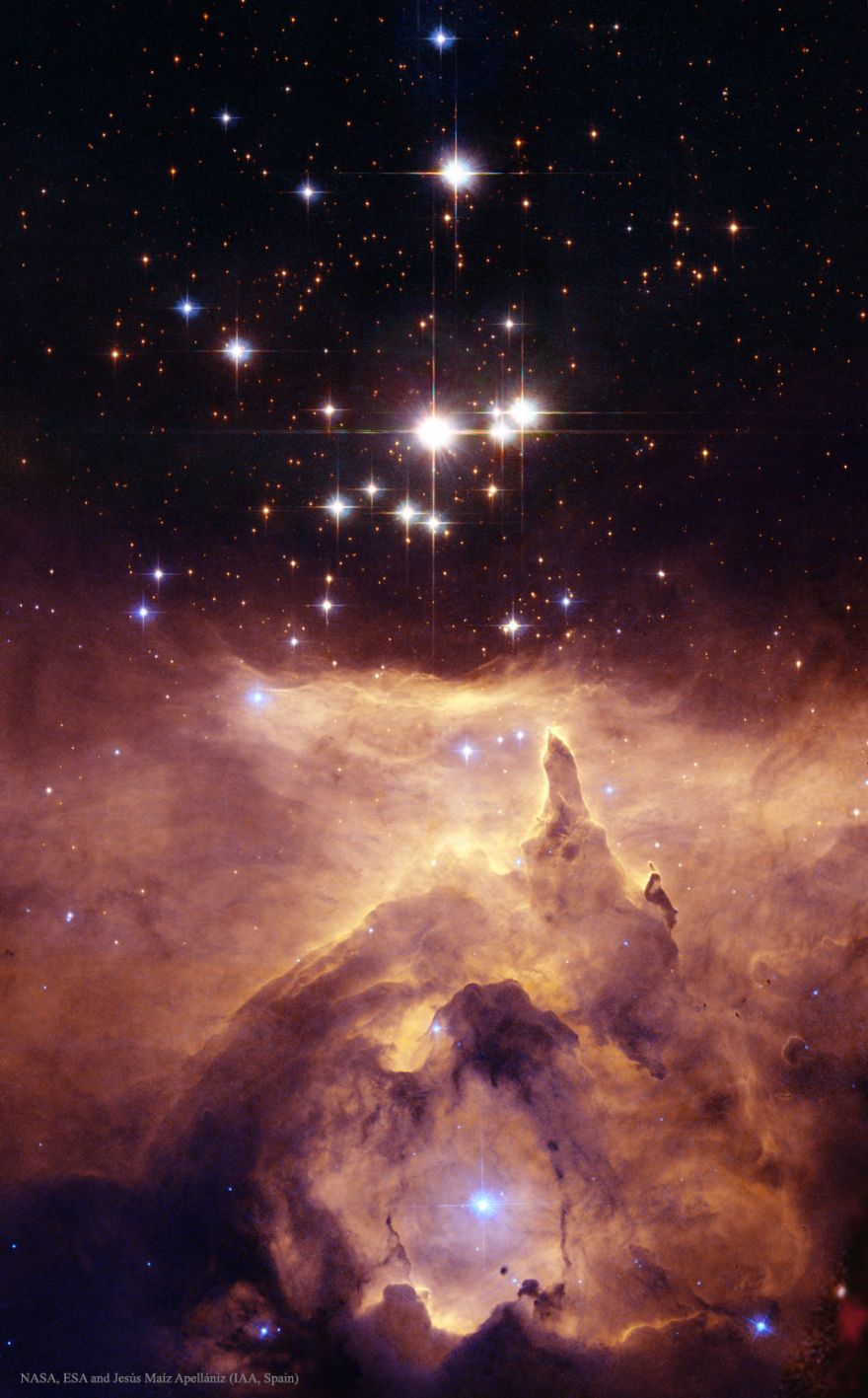 Found about 8,000 light years from the Earth, in the constellation Scorpius, is the NGC 6357, which is also known to some as the Lobster Nebula and to others as the War and Peace Nebula. Included in this diffuse nebula is the Pismis 24, an open cluster that is home to massive stars. One of the biggest and brightest stars known to man — Pismis 24-1 — is found here.

This star is the brightest object located just above the gas front in the featured image. Close inspection of images taken with the Hubble Space Telescope, however, have shown that Pismis 24-1 derives its brilliant luminosity not from a single star but from three at least. Component stars would still remain near 100 solar masses, making them among the more massive stars currently on record.