When it comes to Dallas art collectors, the city’s three power couples are the default mental association of most people in the know: the Hoffmans, the Rachofskys, and the Roses. Together, they made a promised gift in 2006 of 900 artworks, valued at more than $300 million, to the Dallas Museum of Art. But they are far from the only ones in the game. Though the contributions of those others may not be on the level of that circle, many other local collectors maintain relationships with institutions, and their homes overflow with art—and there’s a new generation on the rise. 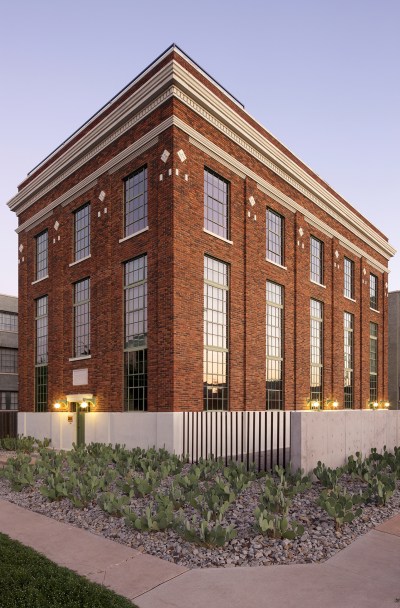 The Power Station of Art, founded by Janelle and Alden Pinnell.

The contemporary art collection, classic to cutting-edge, of investor and philanthropist Alden Pinnell and his wife, Janelle, has grown large enough—in the hundreds of works—to warrant a personal gallery on their property, and their dedication to new art pushed them to open an exhibition space, the Power Station, in the city’s Deep Ellum neighborhood.

Geoff Green, a partner at GWG Capital, and his wife, Sheryl Adkins-Green, Mary Kay chief marketing officer, are developing a collection with a strong focus on African-American artists. John Sughrue, who cofounded the Dallas Art Fair in 2009, is also a notable collector.

Yet another recent addition to the city’s collecting scene is Jordan Jones, granddaughter of longtime Dallas Cowboys owner Jerry Jones, who brought contemporary art commissions into the new Cowboys stadium when it opened in 2009. (Jordan’s Fort Worth–based aunt, Cowboys VP Charlotte Jones Anderson, is also a collecting force.) And keep an eye on Kaleta Blaffer Johnson, a tenth-generation Texan whose family founded the Blaffer Art Museum in Houston back in the 1970s.

“The collecting scene in Dallas has continued to strengthen as new players emerge on the scene focusing on emerging and contemporary art,” Dallas Art Fair director Kelly Cornell told ARTnews. “The philanthropic intentions behind the collections of established and emerging collectors have been instrumental in the growth of our museums. Collections are being built with intentions far larger than individual enjoyment—this is so important for our city.”

Rating The New Dallas: Who Are the Next Generation of Art Collectors in the Texas City? is 5.0 / 5 Votes: 3
Please wait...
Loading...
Related articles