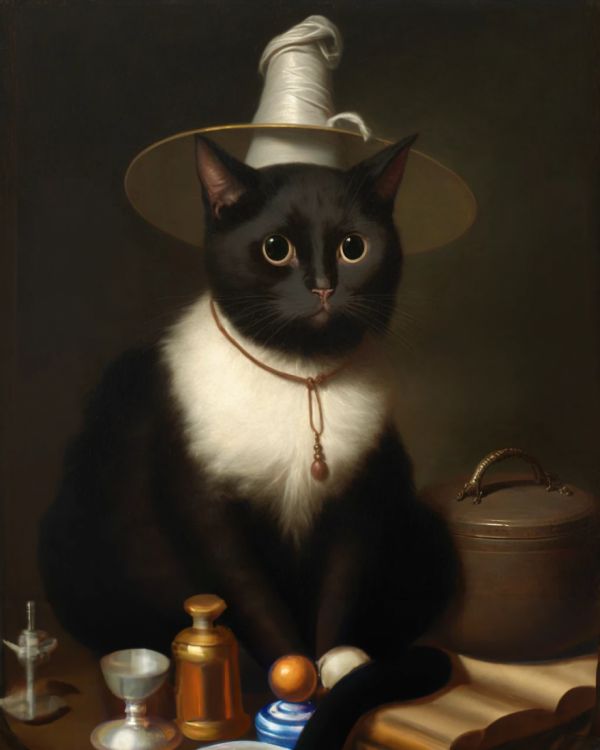 Beginning in the late 18th century, it became the fashion among New Jersey residents those would could afford it to commission a painting of their pet cat in a style that highlighted their reputation for supernatural powers, and the “Jersey Witching Cat” tradition was born. Local artists hated the work. After all, cats are not usually cooperative in sitting for a portrait, and it also clashed with religious ideals. Later on, commissioned portraits were replaced by artists who painted collections of cats in colors that were common in the area, namely tuxedo cats, and sold those to New Jersey residents. 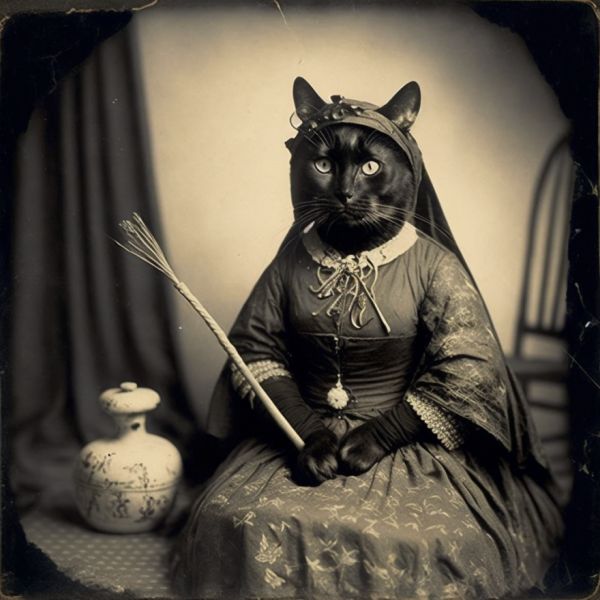 The trend died out around the Civil War, but then re-emerged with the rise of photography. Getting a cat to sit still for a photograph is hard enough, but doubly so in a witch’s costume. These photos were sometimes blurred, making them look even more sinister, or else were the product of some photo manipulation which seemed like witchcraft in itself. Many of these witching cat images are collected at the Germantown College Archives in New Germantown, New Jersey. Historian and artist Kazys Varneli has been working with artificial intelligence algorithms to generate more of these witching cat images. A post about the artworks at his website has both originals from the Germantown archives and AI-generated images of witching cats. See if you can tell the difference. (Hint: check out the attribution captions, or lack thereof.) -via Metafilter