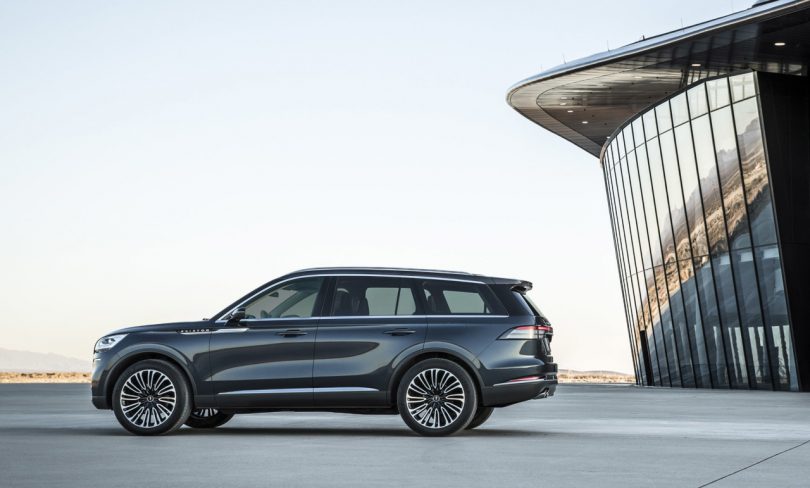 Sometimes a name says it all: the newly unveiled Lincoln Aviator SUV wears its aeronautical influence both in name and across its handsomely streamlined silhouette, bringing along with it plug-in hybrid efficiency and an impressive degree of technological features within. 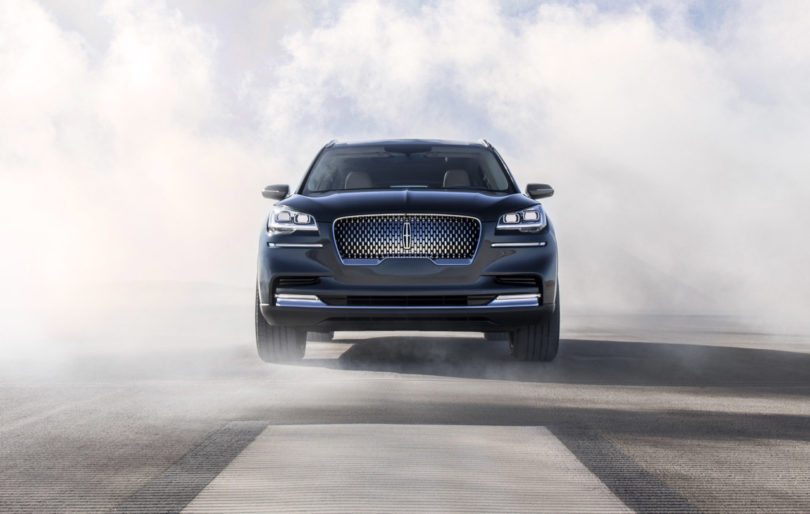 A few years ago Lincoln unveiled the Continental Concept, a grandiose statement signaling the Ford luxury brand’s intent to redefine its reputation as “Grandpa-esque” into a more contemporary interpretation intended to appeal to a younger and more design-versed generation. The efforts are beginning to pay off, most notably with the gracefully modern design of the new mid-sized Lincoln Aviator at the 2018 New York International Auto Show. 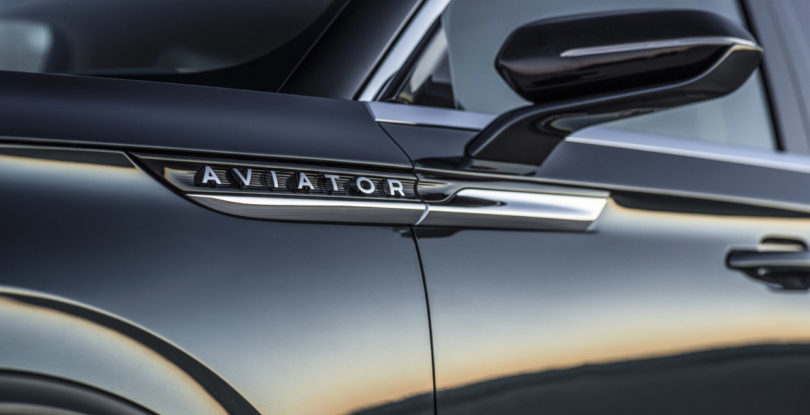 The Aviator’s design references both the bio-mechanical wings of a bird and the tapered aerodynamics of a plane in flight. With its noticeable downward roofline tailing fast toward the rear, the confidently horizontal beltline and a mirroring crease immediately underneath adds contrast accentuating both planes, while the Aviator’s wraparound windshield references the air-cutting design of airplanes more covertly. In combination, speed is implied and the vehicle’s commodious size is made evident. 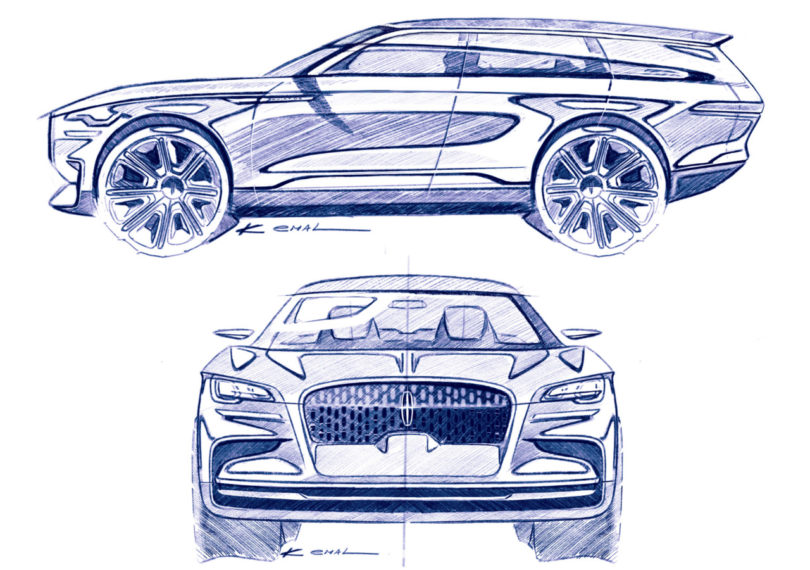 “You have the stature and presence of the grille at the front, then the body and tail taper off – creating a distinct aerofoil analogy. From the headlight to the taillight, there’s a beautiful undercut feature varying in depth that connotes poise and grace.” – David Woodhouse; Design Director at Lincoln 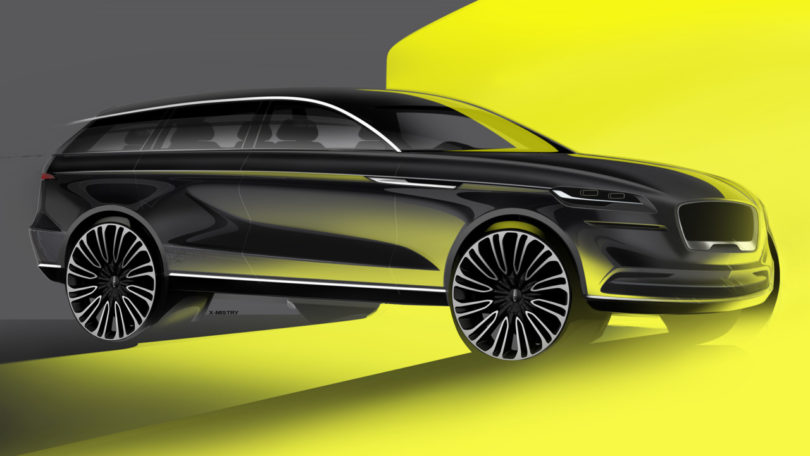 By no means is Lincoln becoming a fast lane automotive brand, but the Aviator hits the mark in segment and design – inside and out – designed to appeal to younger buyers in the 35-44 market seeking a sleek sanctuary of a spacious SUV, delivering economic and environmentally engineered efficiency, while fully appointed with the comforts and conveniences now associated with the luxury segment.

The Aviator isn’t just a rote response to the luxury SUV segment: Lincoln has equipped this latest sports ute with novel features to distinguish itself from its competitors. For example, drivers will be able to use their smartphone as a key. Lincoln’s Phone as a Key technology is activated through the Lincoln Way

app, giving owners the ability to lock and unlock, open the trunk and, and start/drive the vehicle without nary a traditional or smart key fob. Drivers can also find the Aviator amongst a crowded parking lot via the app, a feature likely appreciated amongst families served by the three-row vehicle. 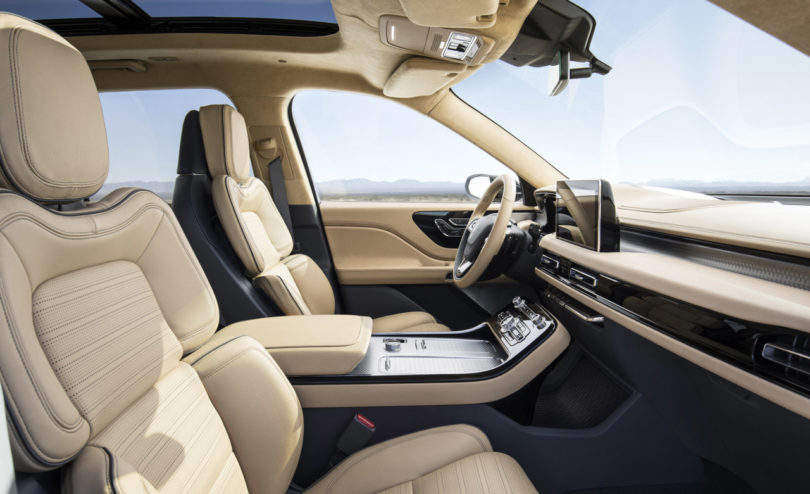 The horizontal lines of the Aviator’s exterior are mirrored within, an effort designed to visually declutter the cabin. The results are an interior which reminds strongly of Volvo’s recent successful efforts of utilizing sophisticated simplicity as a means of communicating luxury, rather than a reliance upon the traditional appointments of conspicuous materials. 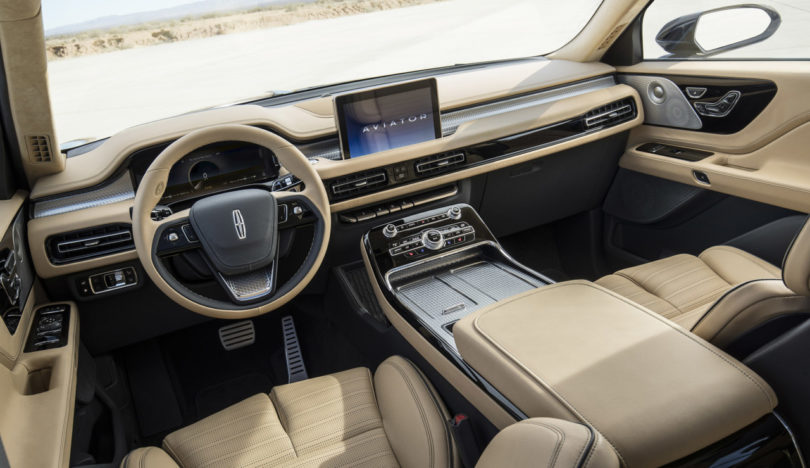 The driver and passenger up front will be treated to 30-way (!) adjustable front seats, complete with massage capability (something one must experience during a long road trip to thoroughly understand of its appeal); second-row seats can recline and slide forward to permit easier access to the third row. 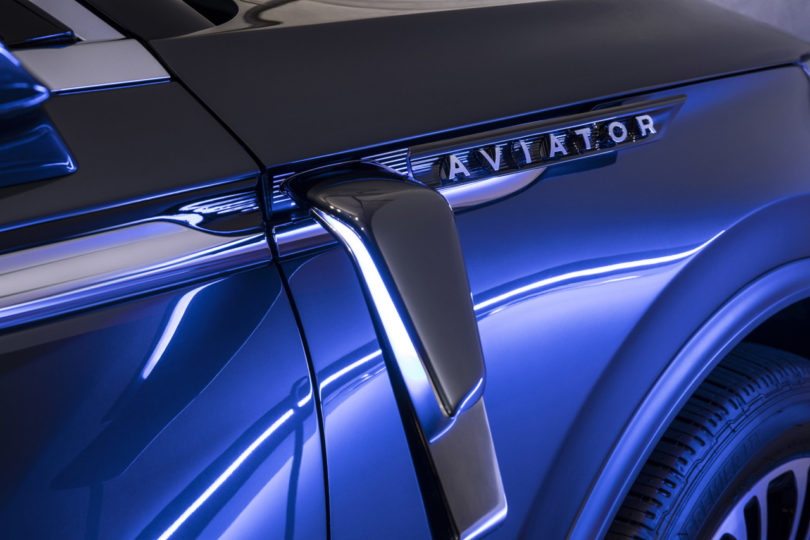 Finally, it’s the Aviator’s signature iridescent Flight Blue exterior color that may leave the greatest impression that Lincoln is finally setting course for a more exciting – and contemporary – experience for its customers.