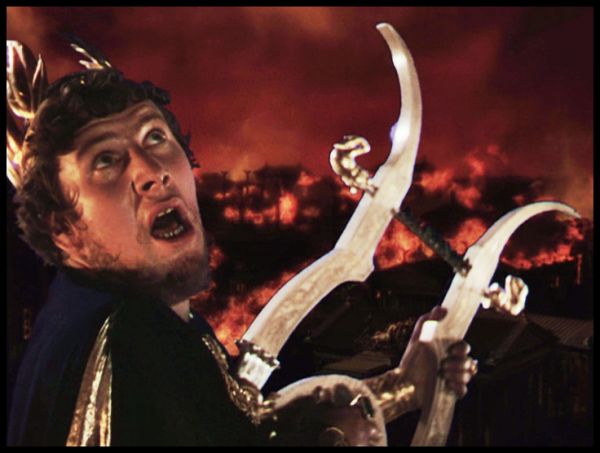 The popular view of Roman Emperor Nero is that of Peter Ustinov’s performance in Quo Vadis. People who know nothing else of Nero know that he fiddled while Rome burned. While that might be true, it doesn’t tell the entire story. We think of Nero as a cruel sociopathic tyrant because of the stories that followed him all these centuries. Most of them are quite embellished, if not totally made up.

But what if Nero wasn’t such a monster? What if he didn’t invent the spectator sport of throwing Christians to the lions in the Colosseum? What if he wasn’t the tyrant who murdered upstanding Roman senators and debauched their wives? Indeed, what if the whole lurid rap sheet has been an elaborate set-up, with Nero as history’s patsy? After all, we have no eyewitness testimony from Nero’s reign. Any contemporaneous writings have been lost. The ancient Roman sources we do have date from considerably after Nero’s suicide in A.D. 68. The case against Nero, then, is largely hearsay, amplified and distorted over two millennia in history’s longest game of telephone. Besides, no one really wants to straighten out the record. Who wants another version of Nero? He’s the perfect evil tyrant just the way he is.

John Drinkwater is the author of a new Nero biography, in which the Roman emperor appears to be a run-of-the-mill ruler, a young man who preferred to write poetry and sing than deal with politics. He did have his mother killed, but the story of Nero obliviously letting Rome burn was nonsense. Nero was no angel, but neither was he the despot he’s been portrayed to be. Read what the historians say about Emperor Nero at Smithsonian.