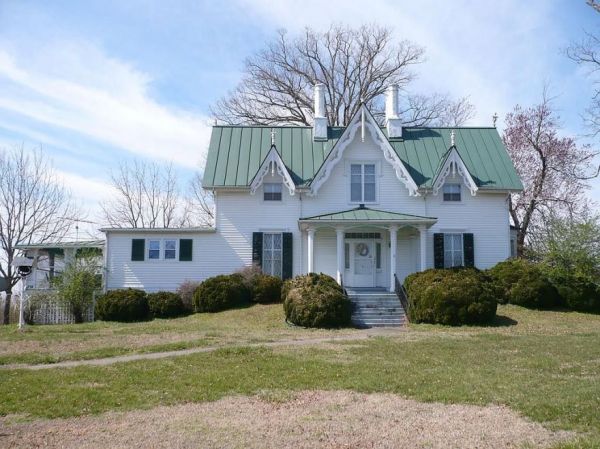 Frederick Miller wanted to buy a home in the area he grew up in, Pittsylvania County, Virginia, that was big enough to accommodate reunions of his huge extended family. When his sister sent him a listing for a 10.50-acre estate called Sharswood, he jumped on the opportunity, and bought it in 2020. Only then did Miller’s sisters start to dig into the history of Sharswood. It was once a 2,000-acre tobacco plantation owned by Charles Edwin Miller and Nathaniel Crenshaw Miller, and in 1860 was home to 58 enslaved people.

The family’s genealogy records go back to 1870, when their Miller ancestors lived on land that would have been on the larger plantation of the time. The 1860 census only listed the number of slaves by gender and age, but there were matches with the later records they had. The plantation has ancestral ties to new owner Frederick Miller and his many relatives.

Thinking about what their ancestors may have endured in captivity is painful. Although the Miller men who owned the property never married, the descendants of those enslaved at Sharswood believe they had children with women on the property. They wonder about ancestors who would have had no say in that. That some of them are descendants of the enslaved and the enslaver is a real possibility. They have thought of all of that. And more.

“When I saw the cabin, a feeling came over me like I believe I’m home,” said Dexter Miller. “I could feel my ancestors, and it almost brought tears to my eyes. I can picture them sitting around the fireplace, and the stories they were telling. I’m in the presence of my ancestors hundreds of years ago who lived here and slept here and birthed here. But I also think about what happened around that big oak tree. Were my ancestors beaten there? Hanged there? That’s crept into my mind. You never know.”

Read the story of the Millers and their discovery of their family legacy at Sharswood at Tell Us USA. -via Metafilter