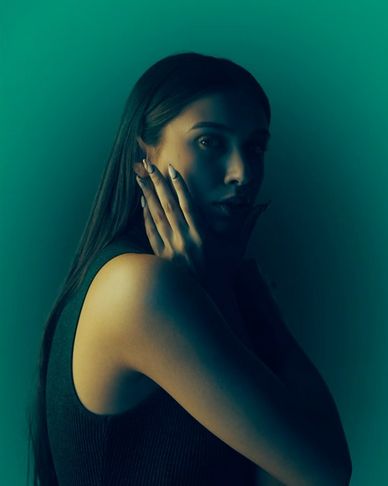 Meet Lightograph, photographer Jeremy Cowart’s patent-pending creation. Cowart believes that his creation is the next level of photography. While images captured under the Lightograph concept seem to be moving at first glance, Cowart points out that they are not motion pictures, as the subjects involved are not moving. The only aspect of these images that are moving are the lights in the photos:

To Cowart’s knowledge, his process is unique and has never been done before, at least not with portrait photography. There’s no use of CGI or 3D graphics in the process. ‘This is truly a new method of art-making and analog photography,’ Cowart says, ‘Light can now tell multiple stories in a single image. It can show the hero and villain side of a person in the same portrait with a simple shift of light. Humans are multi-faceted. We’re constantly changing and evolving.’

There’s an inherent dynamism to a Lightograph. In a single Lightograph, the entire mood and emotion in a scene can dramatically shift with changing light. Light changes temperature, direction, and much more. Cowart also says that the process can be used for more than portraiture, with possible applications in commercial, lifestyle, fine art, fashion, beauty, editorial, travel, headshots, automotive, stock, architecture and more.

While the Lightographs are fascinating to look at with portraiture, the process could also have implications for advertising and marketing. Cowart says ‘I see it as the future of digital media. So, magazine covers for example. Future issues of any magazine could have Lightographs as their covers […] Imagine driving past a digital billboard and the light changes completely in those three seconds that you drive past it […] Netflix movie posters could be Lightographs that evolve as you sit on your couch and scroll through movie titles.’

Agent 355: The Mysterious Female Spy of The American Revolution

Brazilian Pop Culture Shines In These Vibrant Murals In Jerusalem