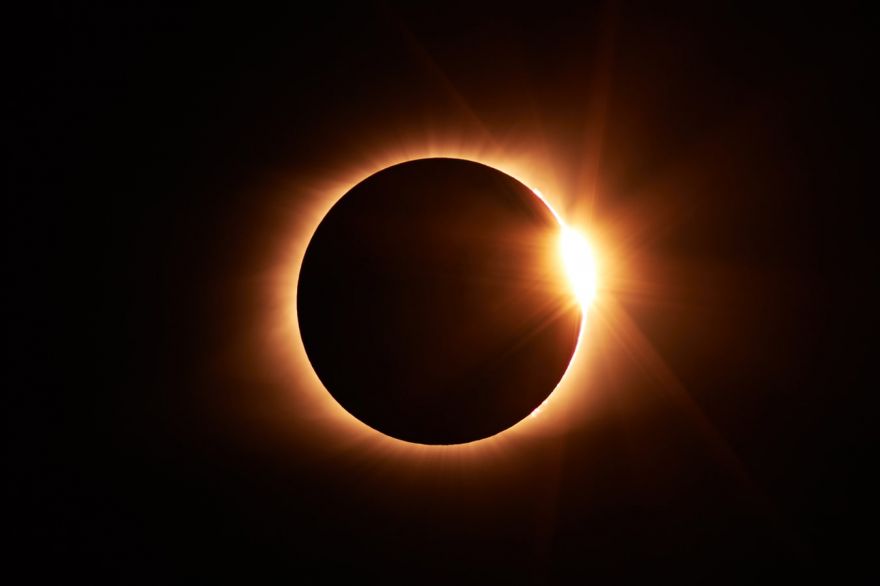 With help from modern technology and equipment as well as improved communication and transportation infrastructure, it’s much easier for us to find opportunities to study and analyze certain phenomena than it was 150 years ago. When astronomers had the chance to observe a solar eclipse with clear skies on 7 August 1869, they pounced on it.

Throughout the mid 19th century, such eclipse expeditions enabled astronomers to refine theories of solar and lunar motion to generate tables that would improve navigational accuracy. They also raised new questions about undiscovered celestial bodies, the nature of the solar corona, and the precision of observational techniques.

Apart from those questions, they also wanted to learn more about the observations made by astronomers who observed a solar eclipse in Europe on 8 July 1842 which reported that brilliant red flames were seen around the lunar disk.

The brevity of totality complicated the analysis, but technology brought hope. In 1840 New York University chemistry professor John Draper had made a one-inch-diameter daguerreotype image of the Moon and displayed it in New York City to great acclaim. By 1845 French physicists Armand Fizeau and Jean Foucault had built a camera shutter capable of just 1/60th of a second exposure and used it to photograph the Sun. The race was on to photograph the solar corona.

For more on the story and how the eclipse of 1869 paved the way for more expeditions as well as a better understanding, not only of the motion and compositions of the Sun and Moon but also improvements in scientific methods of observing astronomical objects and finding new celestial bodies, check it out at Physics Today.