1766 was a bad year for farmers. Crops failed all across Europe, and prices of wheat, flour, corn and other foodstuffs shot up as a consequence. English producers and dealers were tempted to ship much of their supplies to profitable foreign markets, and there were loud cries of protests everywhere. Dozens of food riots broke out across England where goods were seized by force. 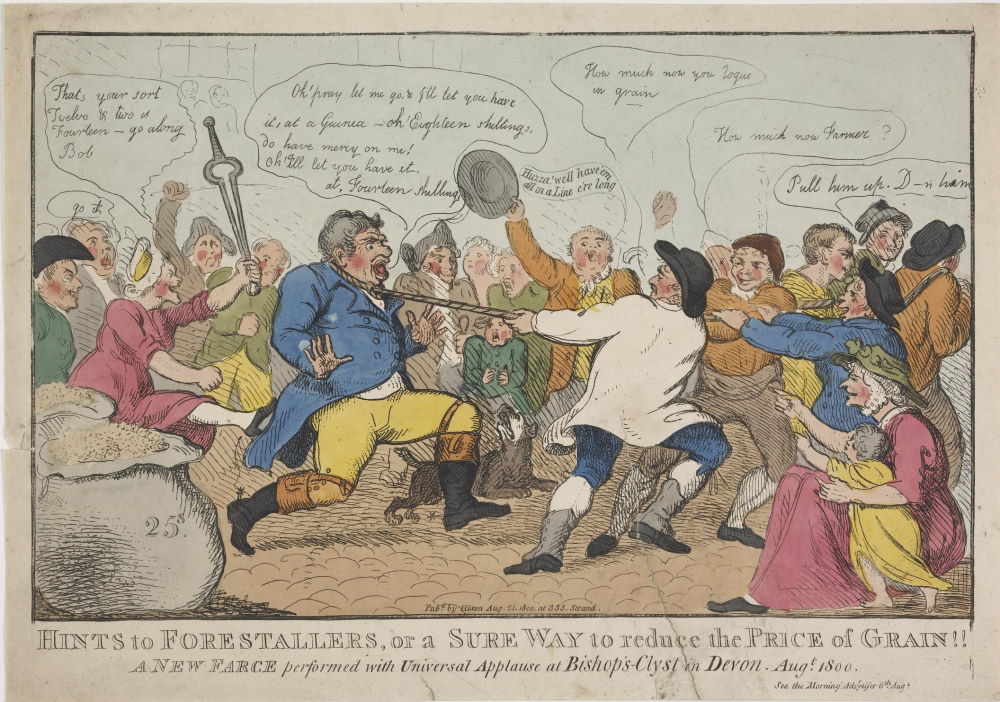 A satirical cartoon depicting a fat 'forestaller' being dragged along by a rope round his neck by a chain of countrymen, to the cheers of a crowd. On of them shouts: “How much now you rogue in grain?” Illustration by Isaac Cruikshank

Turn Pictures Into Paintings With These Apps!

Hunting Season at the Nursing Home

Hey Aliens, Did You Drop This?

This Treehouse Is Attached To A Pine Tree