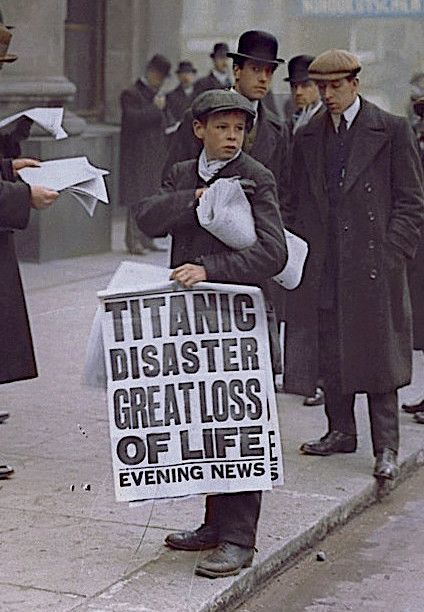 A large ship full of passengers sets sail from England to the Unites States in April, but halfway there runs into an iceberg and sinks, causing the death of hundreds of passengers because there weren’t enough lifeboats. You might think this is the Titanic in 1912, but it was the Titan, a fictional ship in the 1898 novel called Futility (later republished as Futility: or, the Wreck of the Titan) by Morgan Robertson. The story was about more than just the shipwreck, but when the Titanic sank 14 years later, the novel seemed suddenly like a chilling premonition. The list of eerie similarities goes on and on.

Was Robertson a prophet? No, but he had ten years of experience as a sailor, and kept up with shipping news. As it turns out, he wasn’t the only one who wrote about ocean liner disasters of the time, which only makes us wonder why ship designers and those who created maritime procedures couldn’t see it coming. Read about Morgan Robertson and how he came up with a fantastic story that came true, at Mental Floss.