If we could peek into American homes right now, it wouldn’t take long for us to find someone who lives alone. And according to a recent article on Psychology Today, there’s a high chance that someone is a heterosexual male. As a couple and family psychologist Greg Matos explained in the column, the number of “lonely, single men” is on the rise due to women having higher standards.

In fact, the modern dating arena has left younger and middle-aged men more likely than women to be unpartnered, which wasn’t the case 30 years ago. And things may get worse. Matos addressed three trends that contribute to this difficulty to find a partner: the rising use of dating apps, increased dating standards, and men lacking key relationship skills. In short, some men need to find a way to step up, or they will continue gliding through their lives being single.

The article quickly sparked discussions online and caused a stir across social media channels. Some internet users applauded Matos’ findings and found them validating, while others jumped at the opportunity to share their outrage. Scroll down to read the article in full, as well as how people online reacted, and be sure to share your thoughts on the matter in the comments section below. 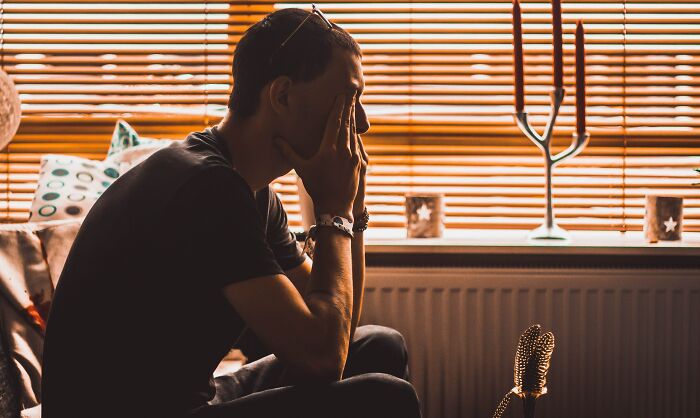 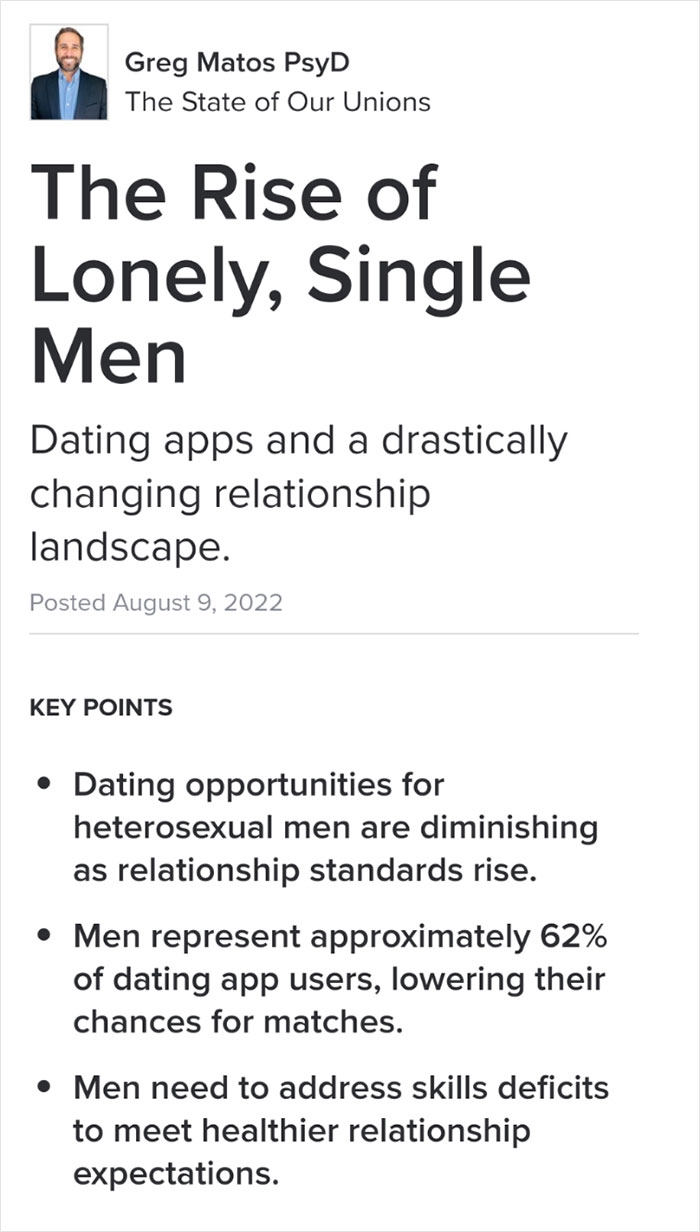 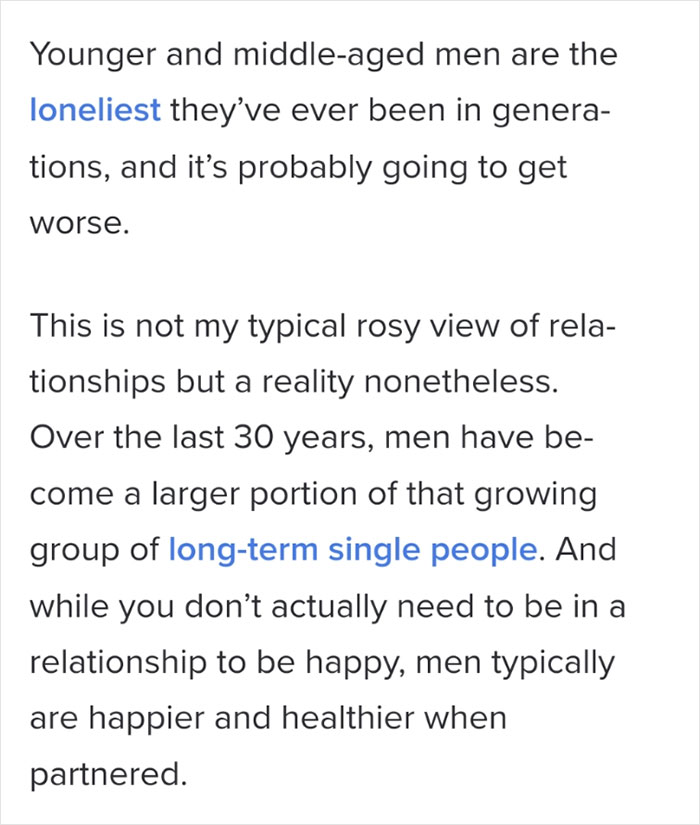 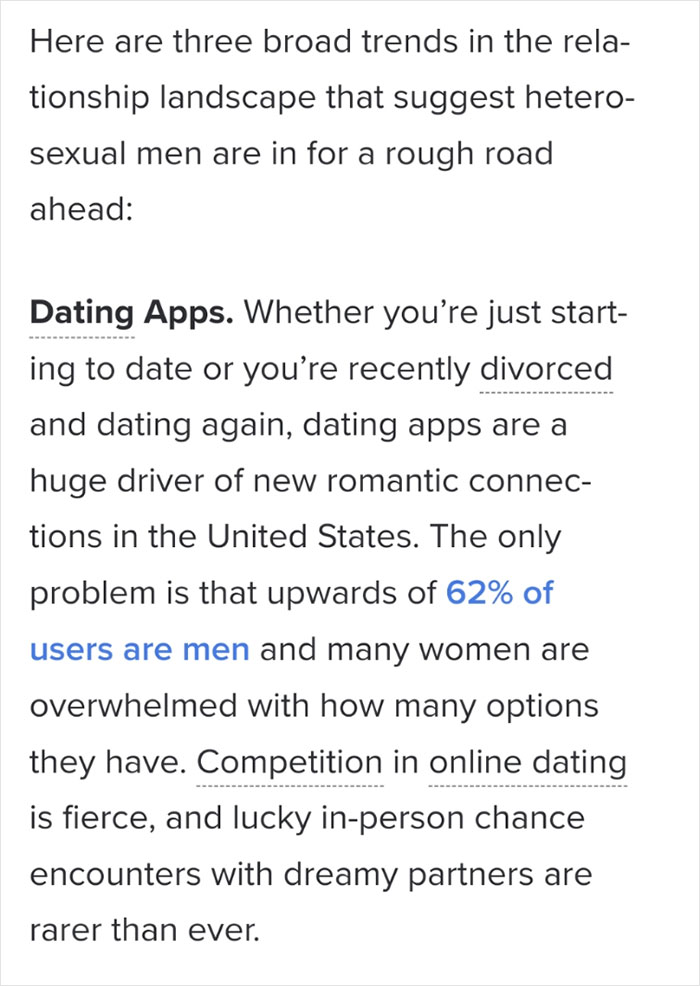 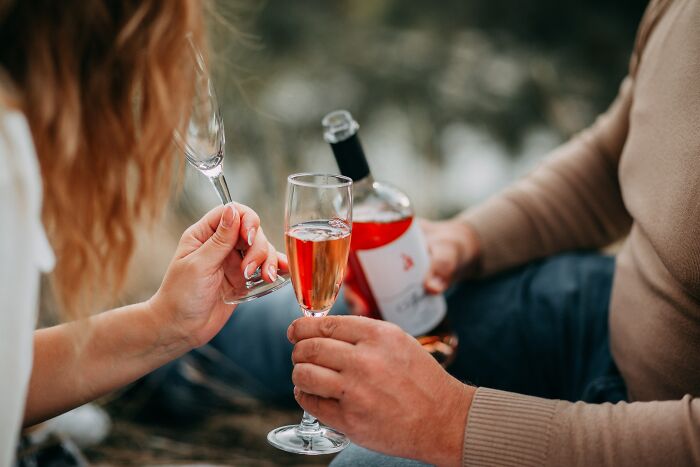 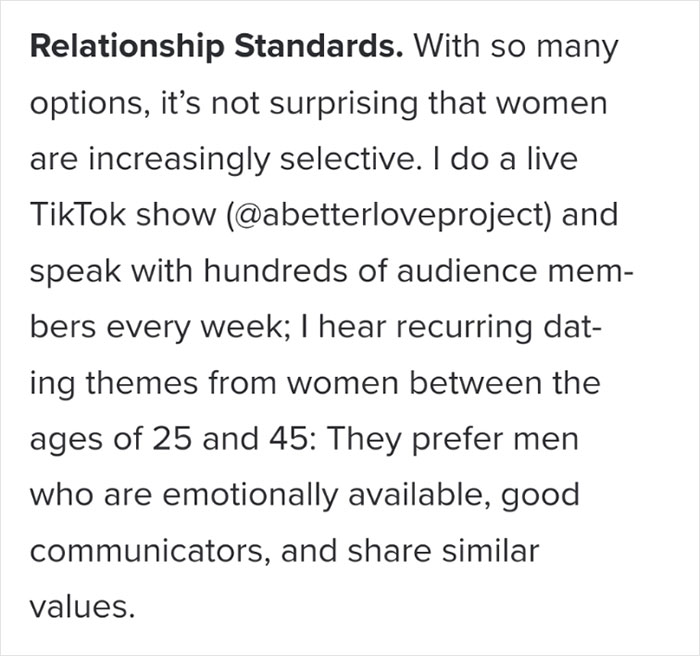 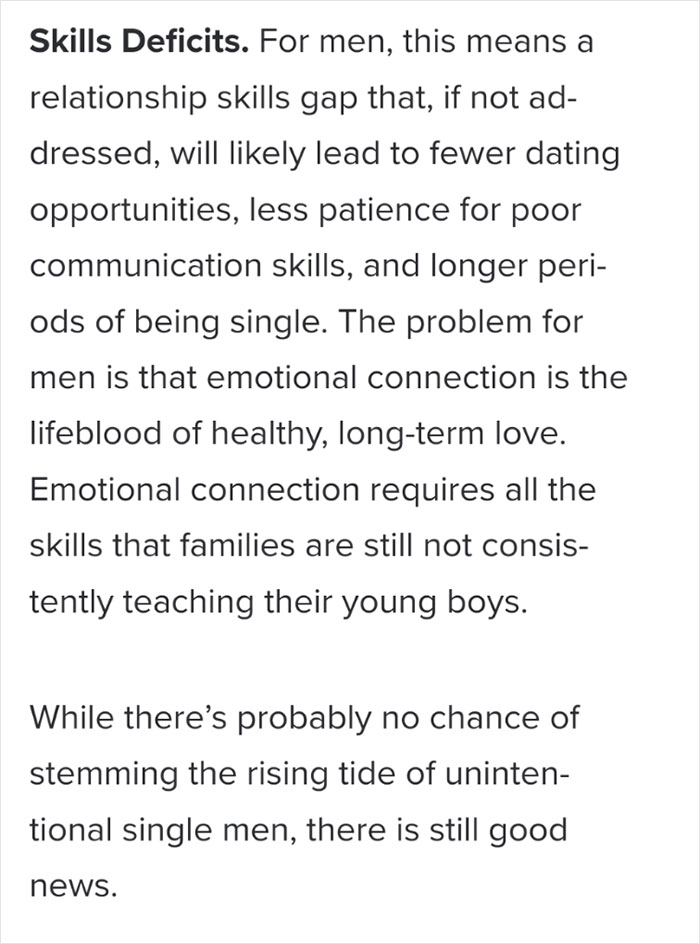 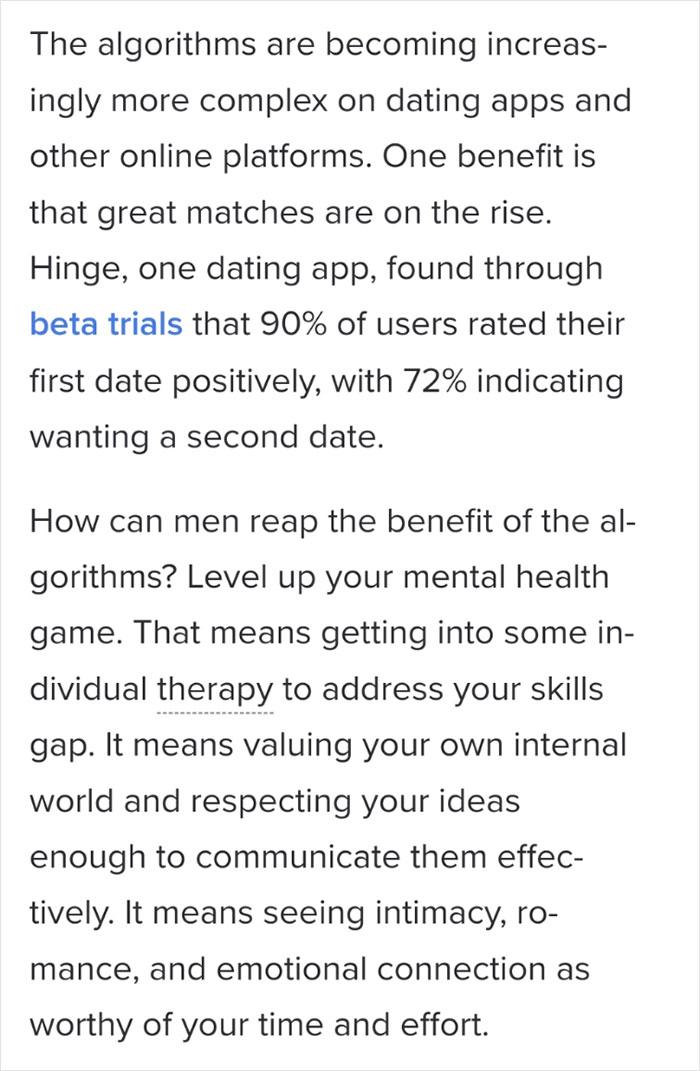 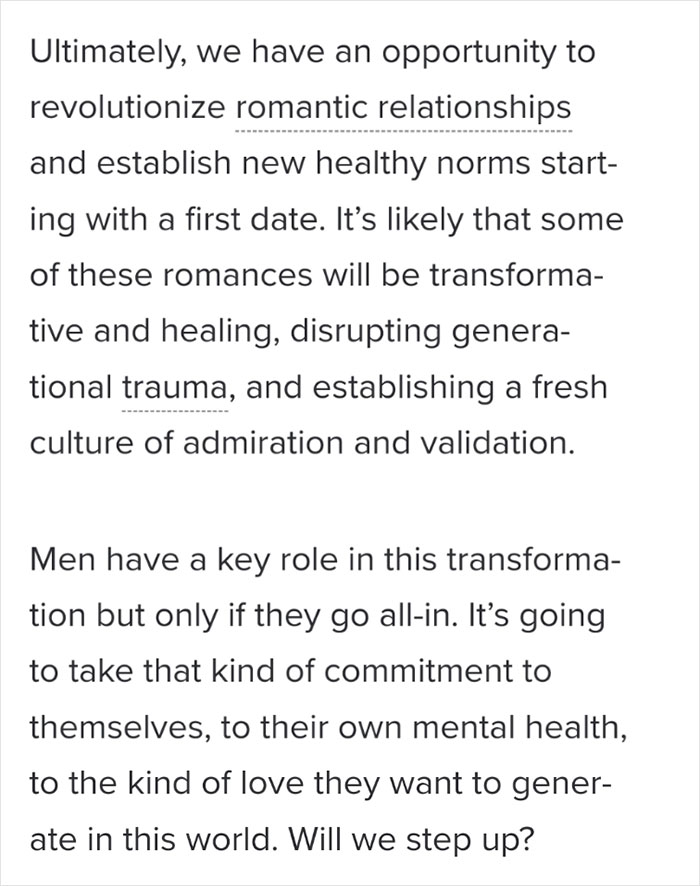 Women weren’t as surprised as men by Matos’ findings. Many reacted by saying the article was validating what they have been expressing about the dating scene for years. After all, there’s a running trend that shows women would rather stay single than waste time on people who don’t deserve it. And it’s hardly surprising, especially considering research that has found that men tend to benefit more from heterosexual relationships than women. Married men tend to lead happier, healthier, and longer lives compared to bachelors. On the flip side, women are more likely to link the benefits of marriage to marital quality.

Recent studies also suggest that females can definitely live and even thrive without men. For example, unmarried and childfree women are the happiest subgroup in the UK. “We do have some good longitudinal data following the same people over time, but I am going to do a massive disservice to that academic science and just say: if you are a man, you should probably get married; if you are a woman, don’t bother,” Paul Dolan, a professor of behavioral science at the London School of Economics told the Independent.

So if men really want to make women’s time worthwhile, they need to address a “skills deficit” as women who are looking for partners to create a healthy relationship seek people who are “emotionally available, good communicators, and share similar values”, as Matos explained.

The chances for men to find a match are low to begin with (considering that they make up a majority of all dating app users). Since women are raising standards and sticking to their boundaries more than they did before, there are way fewer opportunities for men to secure romantic connections.

Matos pointed out that one reason for men’s relationship skills gap is because society fails to teach young boys the importance of communication. This has resulted in growing numbers of unintentionally single men, as “emotional connection is the lifeblood of healthy, long-term love”. So unless straight men start changing their approach to dating and women, the issue will only get worse.

Shortly after the article, people started sharing their reactions surrounding the matter on TikTok 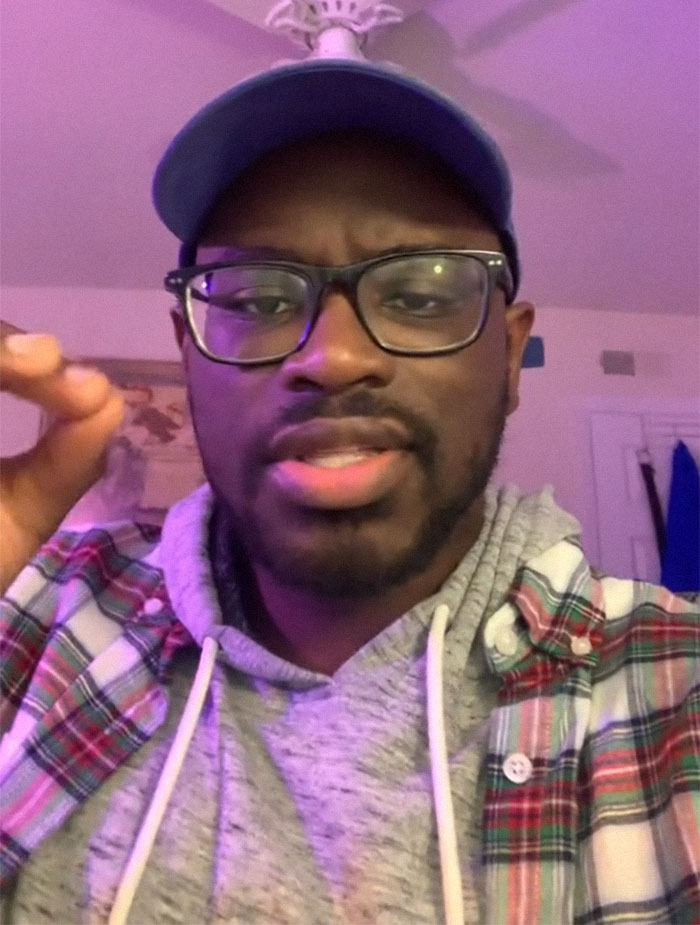 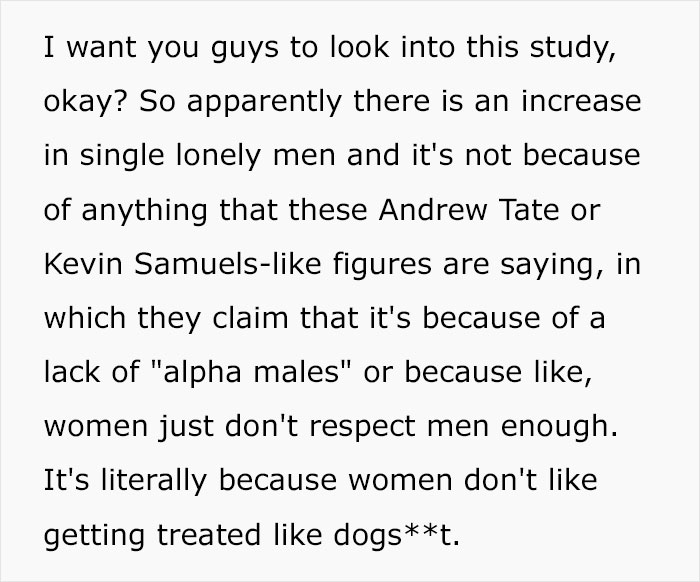 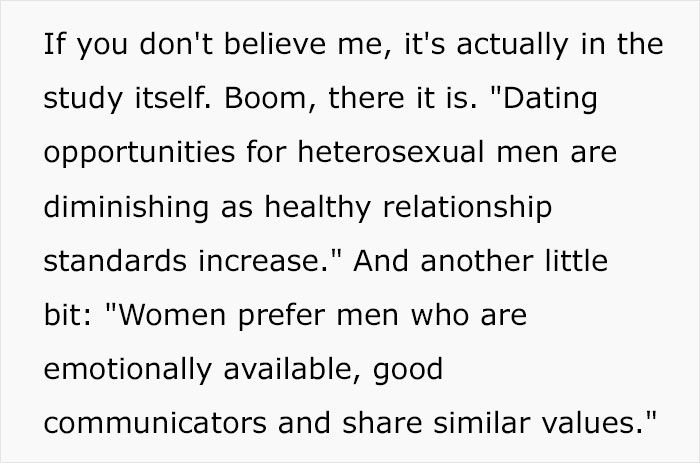 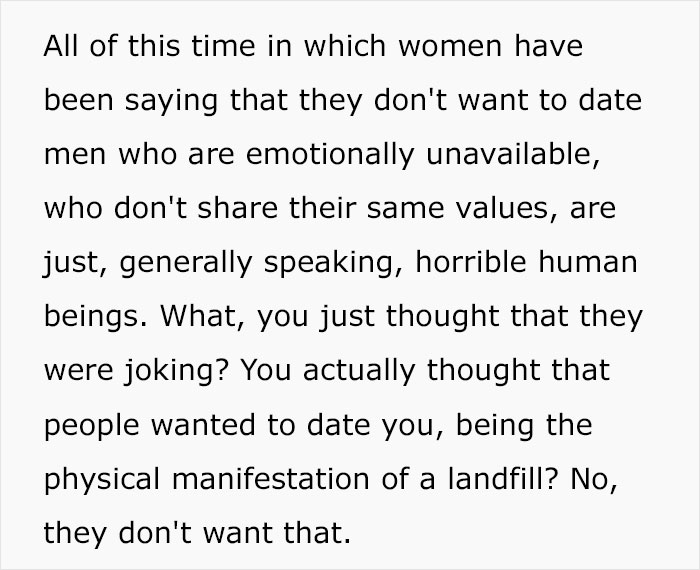 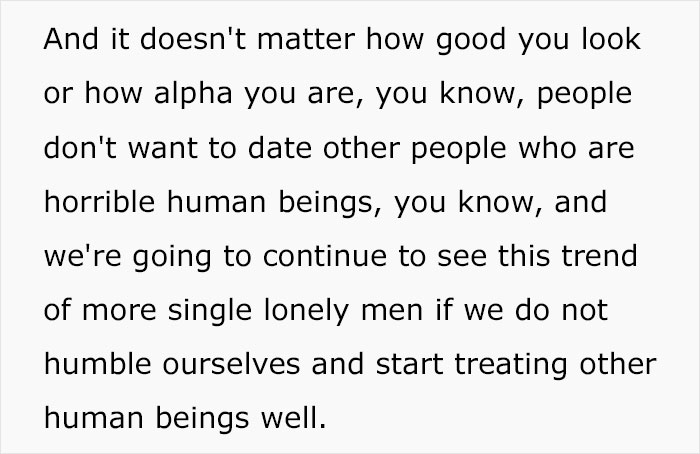 You can watch the full video right below

@legionofdoonWho would’ve guessed that women actually wanted to be treated like human beings?

Other TikTokers jumped in on the topic too, here’s what they had to say

As you can guess, the article didn’t sit well with some men. Some of them were downright outraged, arguing women are “too picky” and have “double standards”, and even sending hate mail to the couple’s psychologist himself. Matos later took to TikTok to offer a response to the angered men and ask them, “Why? When all I am doing is asking you to be the best version of yourself. That’s all. All I am inviting you to do is just be the best version of yourself.”

“The leaders who I have come across as I’ve visited other countries … who are the most effective, are the ones that are skilled in human relationships, my friends,” Matos explained what message he wanted to convey with his article. “All of us reaching our fullest potential, knowing that there are resources out there, mental health care, that there are therapists out there trained in communication skills. Why would you not?”

Despite men lashing out after being called out for adverse behaviors, the psychologist has hope for men’s “transformation” and said there is some good news. A few of his suggestions on how men can lessen their chances of being single include seeking therapy to address their skills gap, self-reflection, and establishing new healthy romantic habits, starting from the first date and continuing forward.

What did you think of the article and the slew of reactions that followed? Be sure to share your thoughts on the matter, as well as your own dating and relationship experiences with us in the comments below, we’d love to hear them.

As the article spread across other social media platforms, people were eager to share their opinions 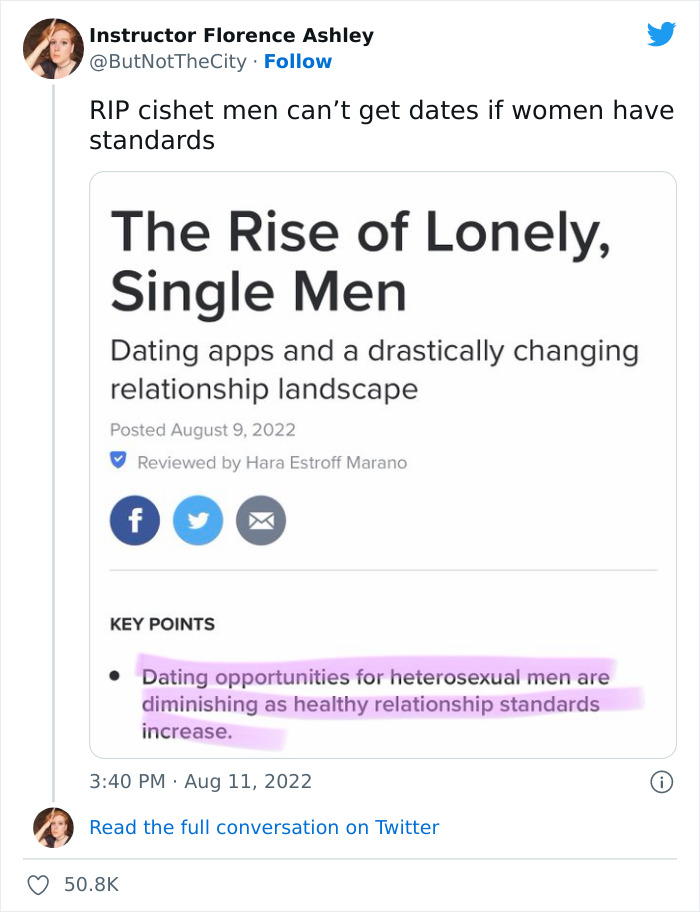 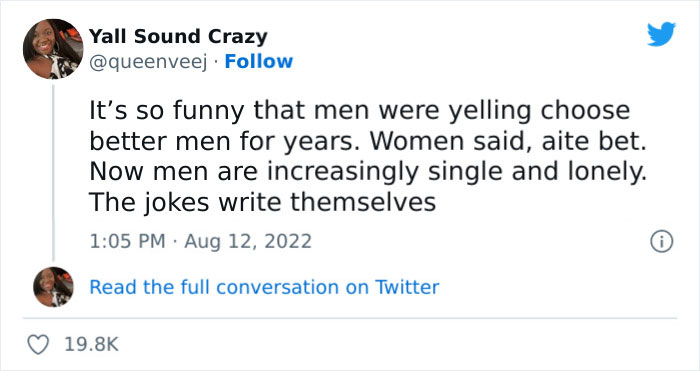 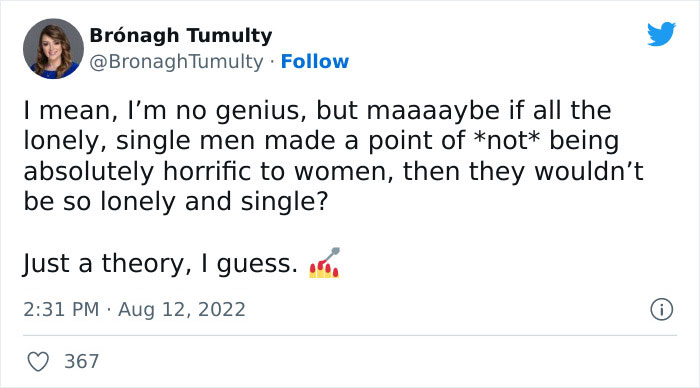 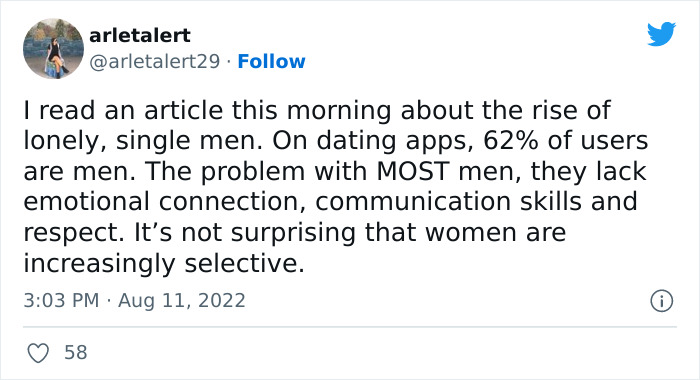 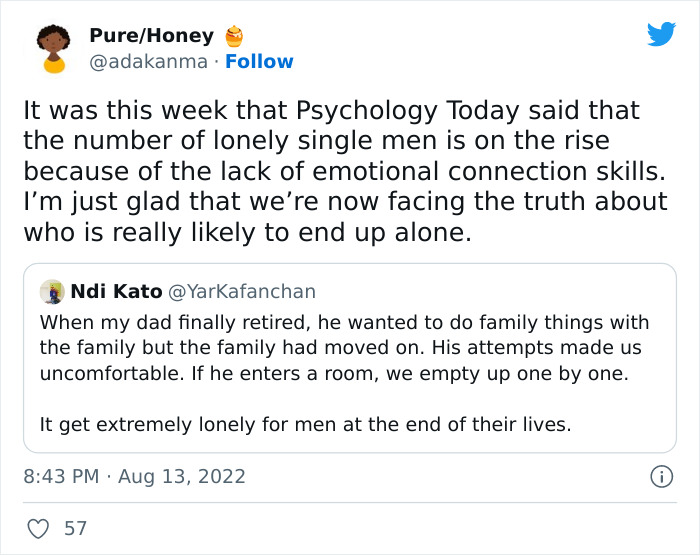 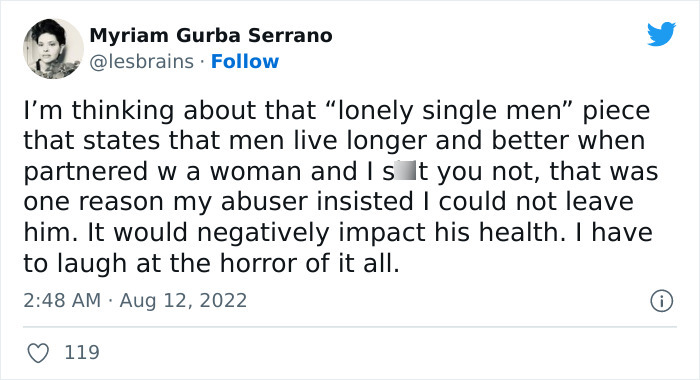 The post The Number Of “Lonely, Single Men” Is On The Rise Due To Women Choosing Healthier Relationships, And The Internet Finds It Funny first appeared on Bored Panda.