Orson Fowler wanted to design the best house, but he detested the traditional boxy shapes. Too many right angles, he thought. In his mind, the circle was the most natural shape, but since a circular house was difficult to construct out of wood, he made a compromise—the octagon.

Fowler started a craze for eight-sided houses, that lasted throughout the second half of the 19th century, with the publication of his book, The Octagon House: A Home for All, in 1848. “The octagon form is more beautiful as well as capacious, and more consonant with the predominant and governing form of nature, the spherical,” Fowler wrote. 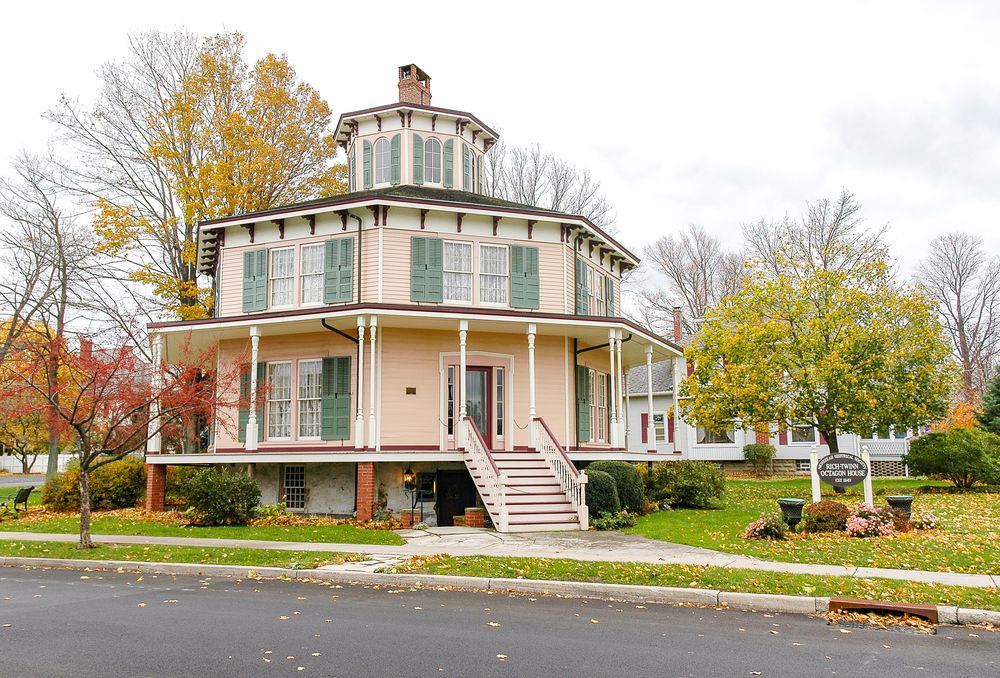 The Rich-Twinn Octagon House in Akron, New York, was built in 1849 and was restored to its current state in the 1990s. Today it is a house museum and is occasionally open for touring. Photo: Zrfphoto / Dreamstime.com