When a satellite is launched into space it is not expected to last forever. The satellite carries on board a limited amount of fuel which will run out in a couple of years, or decades, or even months depending on how long the satellite was designed to remain operational. Eventually, its batteries will run out and its solar cells will degrade. Once the satellite stops responding to signals from operators on earth, or when it’s fuel depletes, it will lose the ability to correct its orbit. The thin atmosphere will slow the satellite down and degrade its orbit, and in a matter of years or decades, the satellite will fall back to earth. Some satellites are also purposefully brought down once their mission objectives are completed so as not to contribute to the space junk. There are already 20,000 artificial objects in orbit above the Earth, including 128 million pieces of space debris—the result of collision between dysfunctional satellites. While most satellites stay in orbit for only a couple of years, there is one that has been circling the earth for more than sixty years. 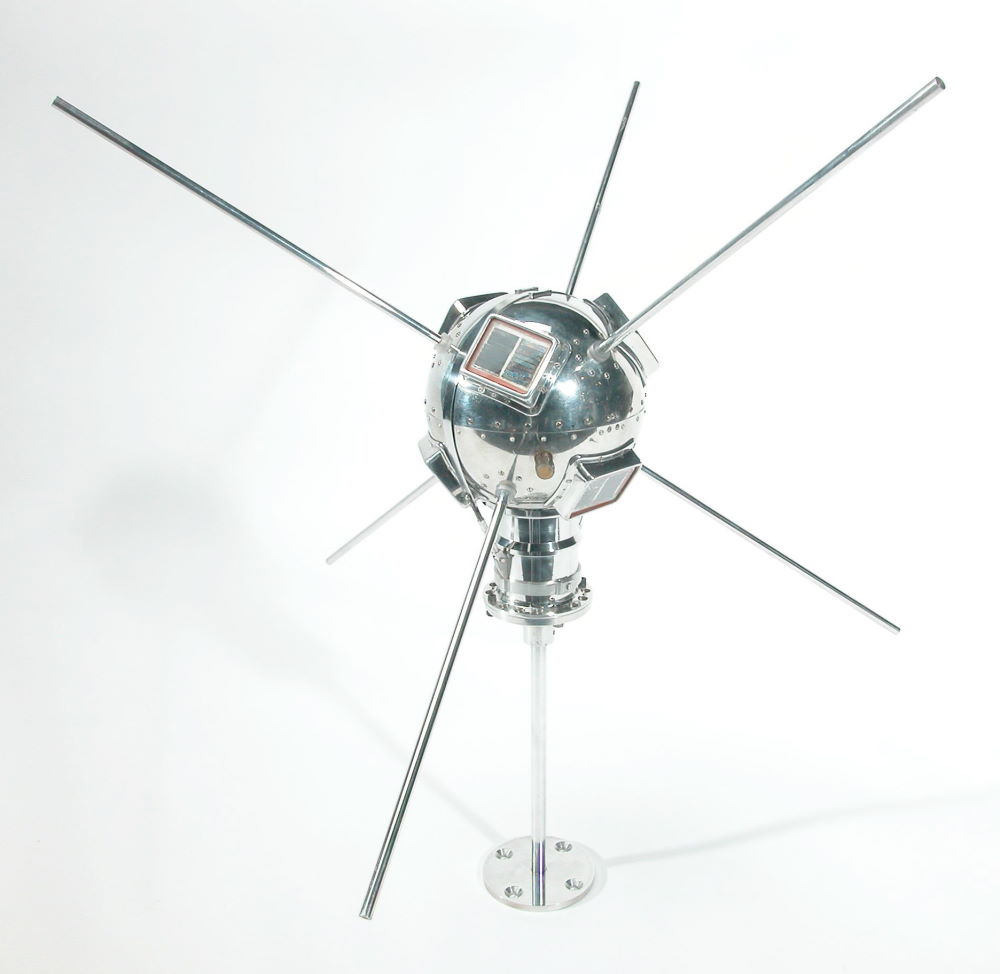 A backup copy of Vanguard 1 satellite built by the Naval Research Laboratory, now at the National Air and Space Museum of the Smithsonian Institution.