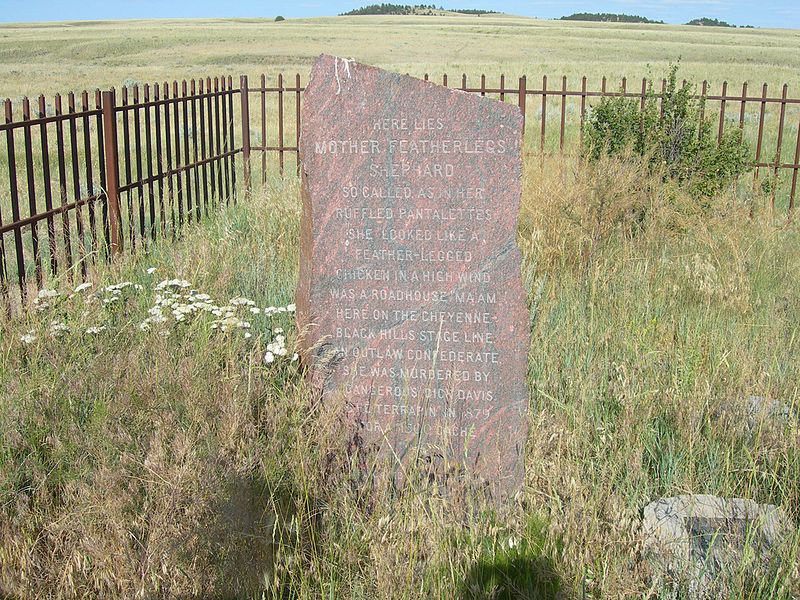 The high plains town of Lusk, Wyoming has a wild, cowboy history. It has a peculiar relationship with the soiled doves of its past. For example, the Yellow Hotel brothel and its madam, Dell Burke, were famous in the region and respected in town.

So it is not surprising that, just outside of the town limits, there is a monument at the gravesite of Mother Featherlegs, a prostitute who was murdered 1879. Her nickname came from the ruffles of her pantalets, which were publicly visible on windy days. In 1964, people in Lusk erected this monument, which you can find 10 miles south of town, in her honor.

Rating The Only Monument in the USA Dedicated to a Prostitute is 5.0 / 5 Votes: 5
Please wait...
Loading...
Related articles