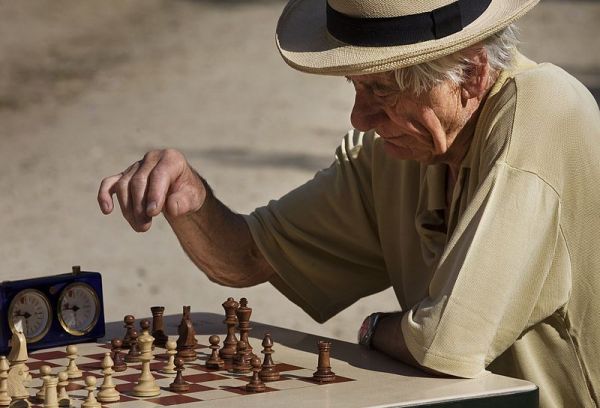 An article at History Hit asks the question, “Who invented chess?” That particular question doesn’t have an answer, because chess, like many other things, wasn’t invented so much as it was developed. It evolved from earlier games, so the question relies on a definition of chess that distinguishes it from earlier games. The earlier game in this case was chaturanga, played in India 1500 years ago. The game was set on board of 8×8 squares, with pieces designed on four types of military forces.

As with both chaturanga and modern chess, winning games of shatranj hinged on the fate of a single piece. When a player’s king was at risk of capture, their opponent would shout “shah!” (“king!”), before calling out “shah mat!” (“the king is finished!”) once they had trumped them – the origin of the word ‘checkmate’.

Ostensibly, though, the early ethos remained much the same wherever the game travelled. As well as a recreational pastime, chess was a strategy tool, adopted by military leaders as a way of sharpening their minds for the battlefield.

What brought chess into its modern form was the addition of a queen. Read how that changed the game in a brief history of chess. -via Damn Interesting