Here, McQueen skillfully used curved seams and quilting to create a down-filled coat that recalls an iconic work by another master of twentieth-century pattern cutting, Charles James. His 1937 eiderdown and satin jacket, photographed for Harper’s Bazaar in October 1938, is a notable precursor to other high-end “puffer” styles that have been fashionable ever since. McQueen showed this insulating silhouette on the snow-globe-inspired runway of his Fall/Winter 1999–2000 collection, The Overlook, whose chilling namesake was the Colorado hotel setting of director Stanley Kubrick’s 1980 film The Shining. 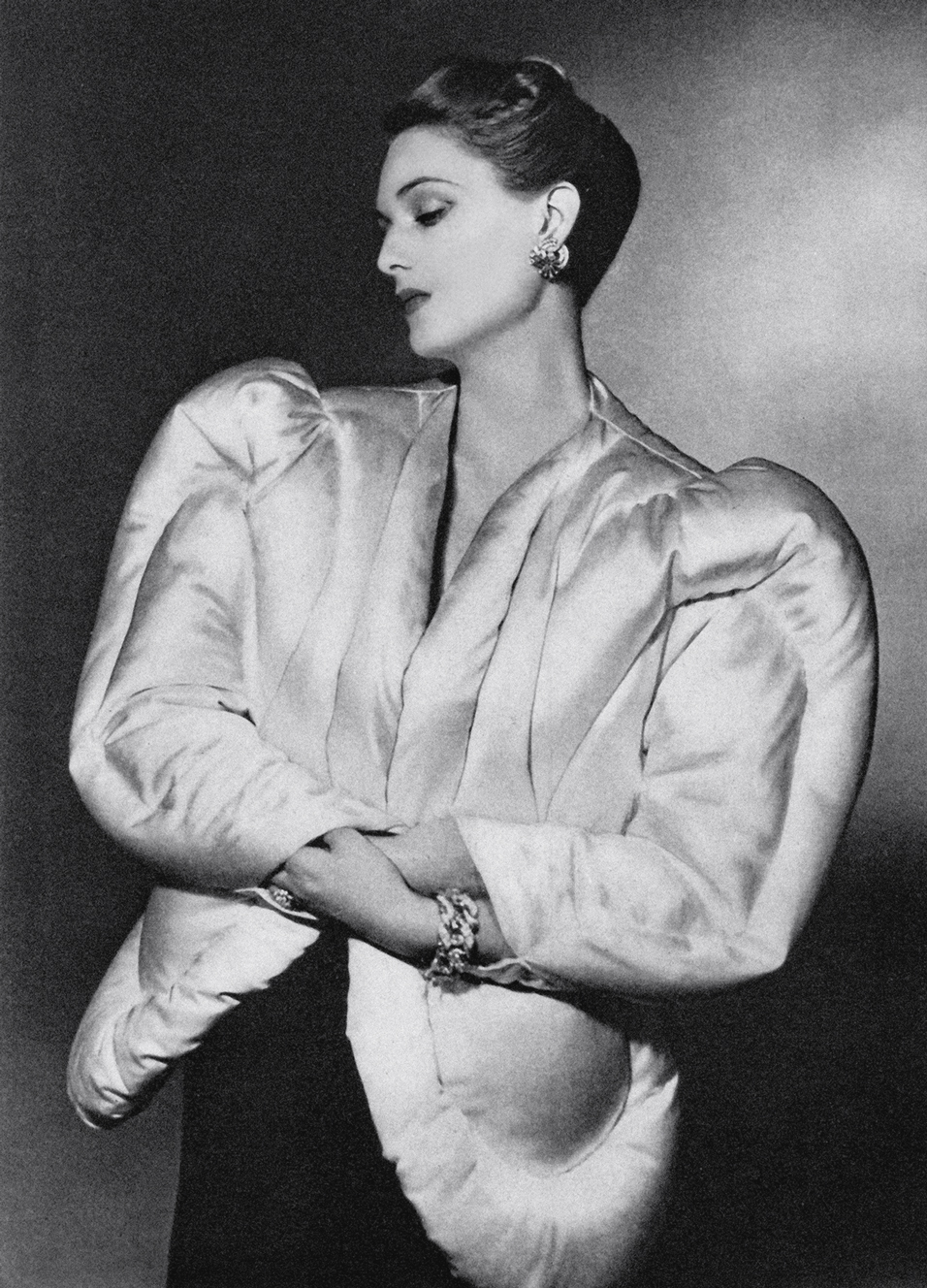