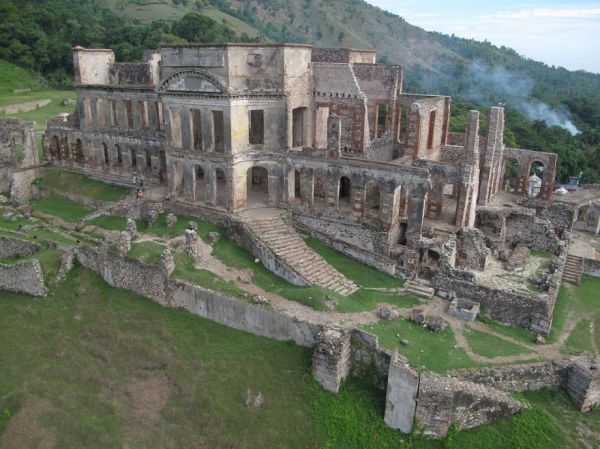 The world’s only successful slave rebellion was the Haitian Revolution, ending in 1804, which led that nation to be the first on earth to abolish slavery. Haiti paid an enormous cost for its independence from France. Immediately after the revolution, there was a power struggle between the new nation’s founding fathers: a president, an emperor, and a king.

Here are the key players to know: founding fathers Jean-Jacques Dessalines (who became Emperor Jacques I), Alexandre Pétion (who became President) and General Henry Christophe, (who later became King Henry I). Like all burgeoning nations throughout history, there was a power struggle between the three, and within just a few years of independence, Haiti’s new Emperor, Jacques I, had been assassinated by his own generals. His death led to the country’s temporary partition, with Henry declaring himself King the north and Pétion, leader of the south. And with that, the building of King Henry I’s Haitian Kingdom in the north began…

Six richly adorned châteaux, a massive citadel and eight beautiful palaces were constructed to rival the most opulent structures in old Europe during his short reign between 1811 and 1820. Haiti’s “Sans-Souci Palace”, meaning ‘Carefree’ – was the largest of the palaces commissioned. Its gardens were immense, complete with artificial springs and a system of waterworks. Inside, there was said to be mahogany floors throughout, flowing silk curtains and at the top of the grand staircase, a fountain with a gilded sun inscribed with the motto “Je vois tout, et tout voit par moi dans l’univers” (I see everything, and everything in the universe is seen by me”).

Messy Nessy Chic gives us a look at Sans-Souci Palace, with the short version of Haiti’s royal history included.