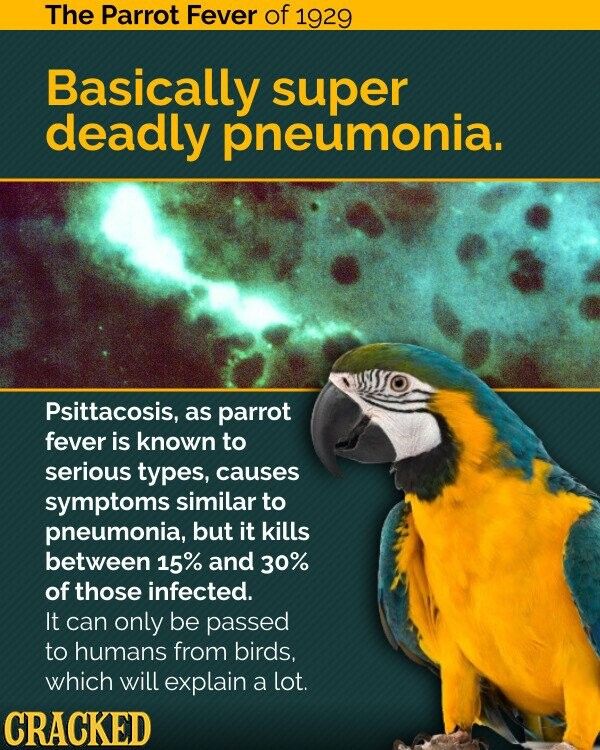 People had plenty to worry about in 1929, like the Wall Street crash that ushered in the Great Depression and the difficulty of getting a drink. On top of that, people who owned parrots started dying. When word got out, people were very concerned, and even started abandoning or killing their parrots, which were a very popular pet at the time. The culprit was psittacosis, which scientists knew very little about at the time, and had no cure. 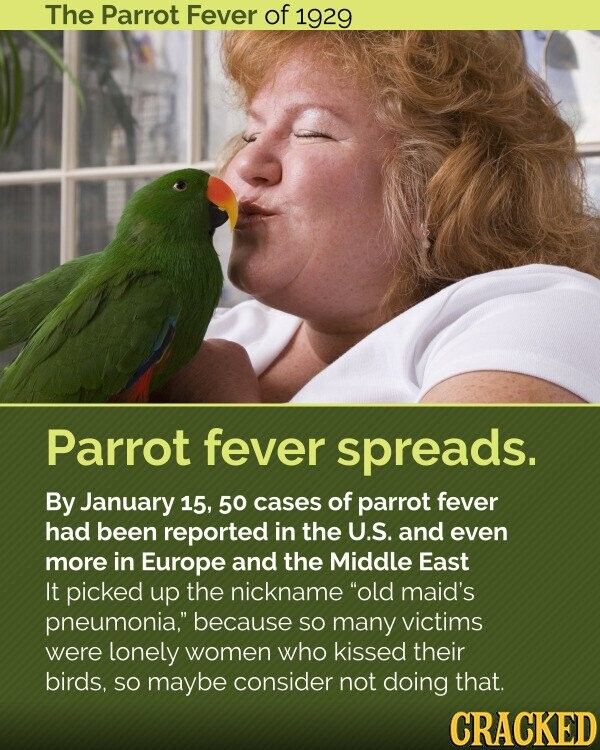 The news media had a field day with the illness, first stoking panic, then pulling back to say the disease was overblown, then stoking panic again. Scientists worked overtime, and research into parrot fever led to the establishment of the National Institute of Health. Cracked tells the tale of parrot fever and the 1929 panic over the disease, strangely, in a series of pictofacts images.