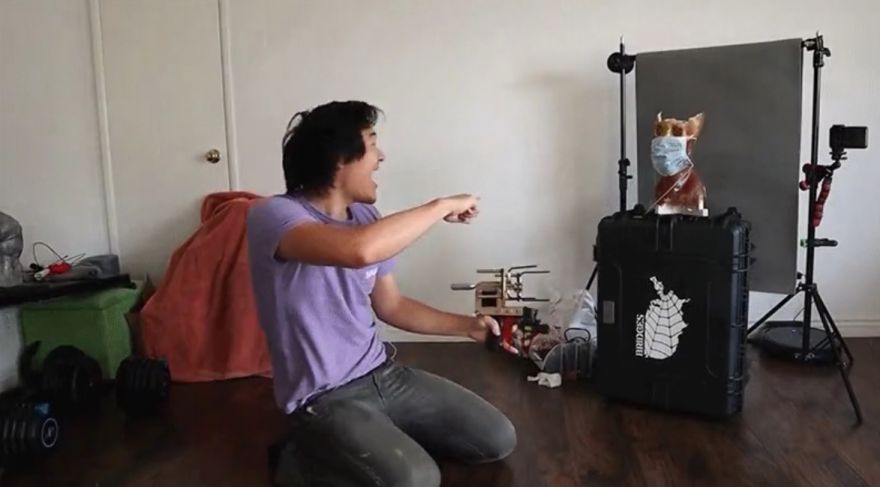 Allen Pan invented a gun that shoots a mask onto people’s faces. This gadget comes in handy, especially since some people are actually not taking this whole pandemic seriously. If they won’t gear up for their own safety, someone has to force them to do so. Pan used parts of a car’s brake line, a pistol grip from a spray can, custom electronics, and a solenoid valve, as Gizmodo detailed:

Even with the addition of an actual laser scope that projects a green dot onto a target who’s not been properly educated about the benefits of mask wearing, aiming the mask gun is the most challenging part of using it. After some initial successes during testing, the accuracy of the blaster took a steep nose dive as the wonky aerodynamics of a face mask attached to four projectiles makes its trajectory almost unpredictable. Functionally, the Mask Gun works exactly like those cannons that launch nets to knock drones out of the sky, but the mask instead works like a sail or a parachute designed to catch the wind, and even with a laser scope, aiming is almost completely random.