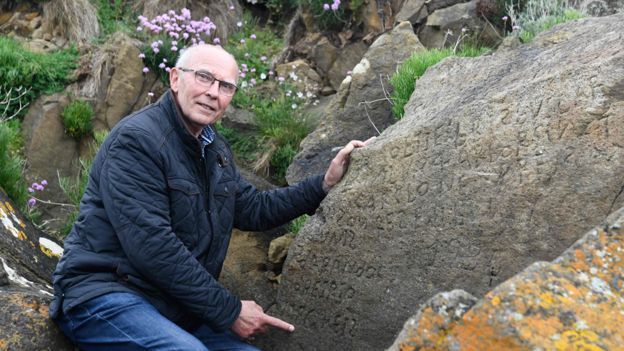 FRANCE — this rock has been discovered a few years ago and up to this day no one has deciphered what the characters present in the rock mean. It is so perplexing that Plougastel, the village which holds the rock, offered a prize of €2,000 (£1,729 ; $ 2247.10) to anyone who can decipher the slab.

Among the normal French letters some are reversed or upside-down. There are also some Scandinavian-style Ø letters.

Two years are visible – 1786 and 1787 – dating the inscription to a few years before the French Revolution. There is also the image of a ship with sails and rudder, and a sacred heart – a heart surmounted by a cross.

But the writing has defied all attempts at interpretation by local academics. Some think it may be in old Breton or Basque, and that the person who wrote it may only have been semi-literate.

The letters may relate to the sounds of words as he or she heard them.

Do you have what it takes to solve the riddle?