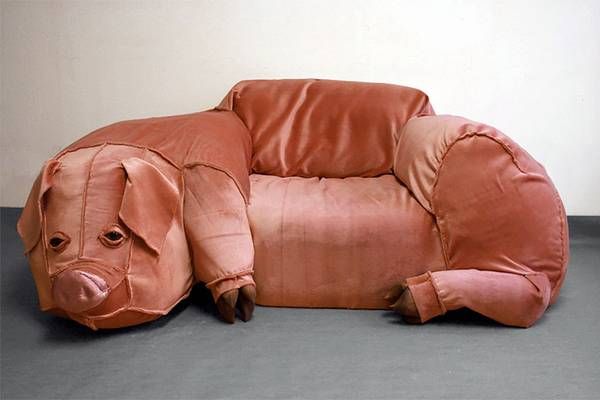 The Craigslist ad explains that the owner of this couch in New York City bought it with her then-boyfriend, who is now an ex-boyfriend. The new boyfriend hates it, so the couch has to go.

That story is fake. What is real is the couch. Pavia Burroughs, the artist who made the couch in 2011 for a senior thesis, sold the couch years ago. Still, every now and then, she sees a fake ad offering it for sale. This latest ad is apparently one of those fake ads. Burroughs tells Curbed:

“Mind you, I hand-sewed this couch, it was my first foray in upholstering, and I hand-carved his hoof out of walnut — walnut is very hard to carve — and so it went off into the world. Now, every few years, someone posts a fake ad for the couch online,” a state of affairs that Burroughs finds both odd and funny. “I can’t imagine it’s actually been traveling around the country as much as it says it has. I’ve seen it in Tennessee. I think I saw it in California. I see now it’s in New York.”

Join Us 12/1 for an In-Depth Look: What Drives Design Now + In the Future