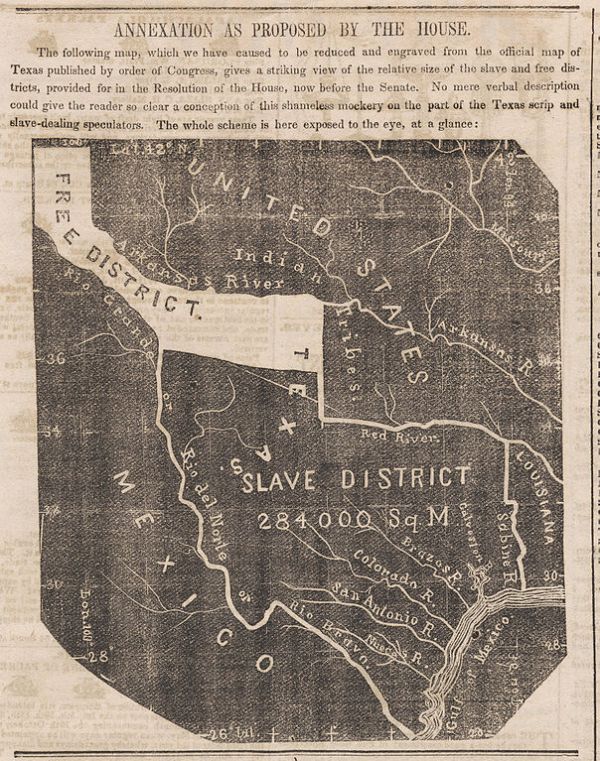 In 1843, Texas was a country unto itself, although it was pressured on both sides: the United States wanted to annex it, and Mexico wanted to conquer it. But a lawyer from New England considered a third option- selling Texas to the British. The plan was, at its heart, a scheme to free Texas’ slaves.

A convinced abolitionist practicing law in what was then the independent Republic of Texas, Stephen Pearl Andrews got it into his head that, in an attempt to free Texas’s slaves, he would invite a foreign power into North America and hand over a massive chunk of it. Andrews’s attempt to free Texas’s slaves by way of an invitation to foreign interference illustrates the strange bedfellows created by “the slavery question” in the nineteenth century. Andrews, in his quixotic vision, in his idealism, ambition, and occasional crankery, was an exemplary nineteenth-century American figure.

Andrews had been living in Texas for quite a few years by then, and owned a large amount of land himself. His plan pitted abolitionism against America’s lingering distaste for the British Empire. And Andrews was not even part of the Texas government! Read about his plan to sell Texas to the British, which Texans either enthusiastically loved or vehemently hated, at Jstor. -via Digg