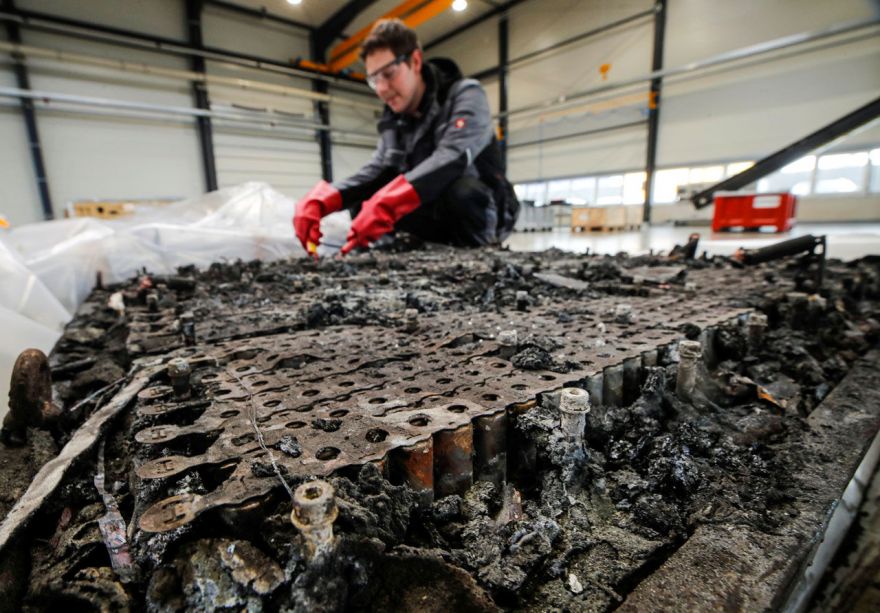 [their] cells can release problematic toxins, including heavy metals. And recycling the battery can be a hazardous business, warns materials scientist Dana Thompson of the University of Leicester…

That’s just one of the many problems confronting researchers, including Thompson, who are trying to tackle an emerging problem: how to recycle the millions of electric vehicle (EV) batteries that manufacturers expect to produce over the next few decades. Current EV batteries “are really not designed to be recycled,” says Thompson, a research fellow at the Faraday Institution, a research center focused on battery issues in the United Kingdom.

That wasn’t much of a problem when EVs were rare. But now the technology is taking off. Several carmakers have said they plan to phase out combustion engines within a few decades, and industry analysts predict at least 145 million EVs will be on the road by 2030, up from just 11 million last year. “People are starting to realize this is an issue,” Thompson says.

In response to this growing concern, governments are now leaning towards requiring some kind of recycling of these dead batteries. However, recycling dead batteries will be a challenge.

Batteries differ widely in chemistry and construction, which makes it difficult to create efficient recycling systems. And the cells are often held together with tough glues that make them difficult to take apart. That has contributed to an economic obstacle: It’s often cheaper for batterymakers to buy freshly mined metals than to use recycled materials.

And so, government institutions, such as the U.S Department of Energy are now investing in research about recycling EV batteries.

More details about this over at Science Magazine.