The Ruhr valley in North Rhine-Westphalia was once Germany’s industrial heartland producing coal and steel, the two very essential raw materials of industrialization itself. Coal was mined here for at least four hundred years, usually from shallow drift mines along the Ruhr river. But with the start of the Industrial Revolution in the 19th century, the demand for coal and steel increased and the deeper-lying coal seams were reached out for the first time. Within a matter of decades, Ruhr’s coal output skyrocketed—from 2 million tons per year in 1850 to more than a hundred million tons at the end of the 19th century. Likewise, steel production rose from a mere 11,500 tons per year to 8 million during the same period. 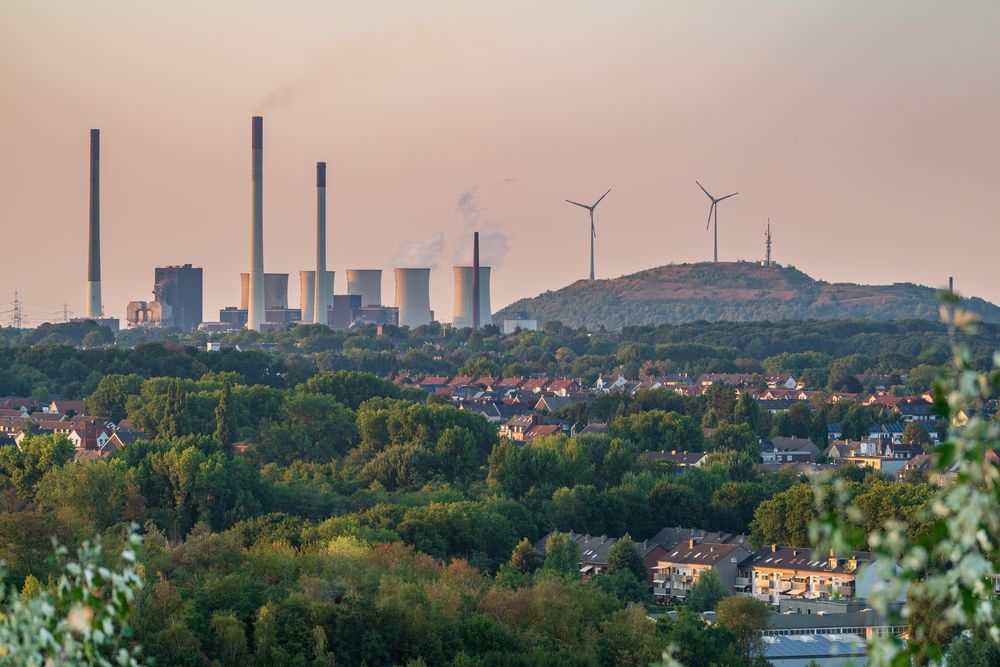 View over the Ruhr Area from the Mottbruchhalde, in Gladbeck. Photo: Berndbrueggemann / Dreamstime.com