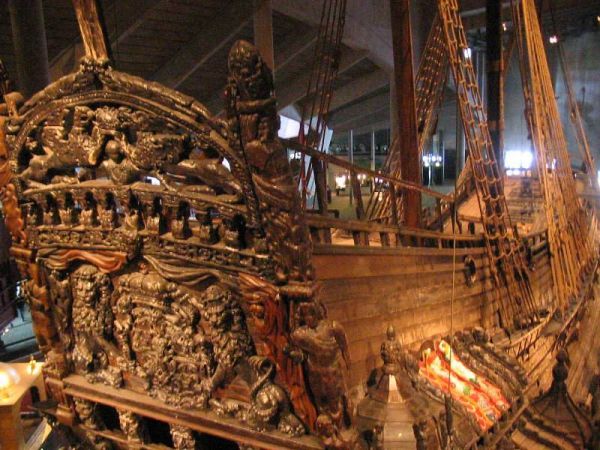 In 1625, King Gustavus II Adolphus of Sweden commissioned a huge warship for his navy. It was to be called the Vasa, after the royal house of Vasa. This was no ordinary ship: besides being bigger than anything his shipbuilders had tried before, it was to be a lethal war machine, and beautiful as well.

But there were problems in designing a ship so much larger than what had come before, and the Vasa sunk spectacularly on its first launch in 1628. It sat on the Baltic Sea floor for more than 300 years. The shipwreck was found in 1956, was brought to the surface by 1961, and has been undergoing preservation treatments ever since. Read the story of the Vasa at Mental Floss.

Rating The Quest to Find -and Save- the World's Most Famous Shipwreck is 5.0 / 5 Votes: 3
Please wait...
Loading...
Related articles

The Forgotten “City Of Water” In Rome

The Timeless + Sustainable No Season Bag Collection From Maria/Maleta