Ebenezer Byers was a well known American socialite, son of industrialist Alexander Byers. In his youth Eben showed promising talent at sports, finishing runner-up at the US Amateur Golf Tournament in 1902 and 1903, before becoming champion in 1906. Eben eventually became the chairman at his father’s steel and wrought iron company, while continuing to pursue sports into his late forties.

Eben travelled frequently around the US to watch teams play. In 1927, while returning on a chartered train from a Yale-Harvard football game, Eben fell out of an upper berth and hurt his arm. Despite the best ministration of his personal physicians and trainers, Eben complained of persistent pain that was now beginning to affect his golf games. On the recommendation of a Pittsburgh physician, Eben started drinking Radithor, a patented medicine containing traces of radium—a radioactive element. 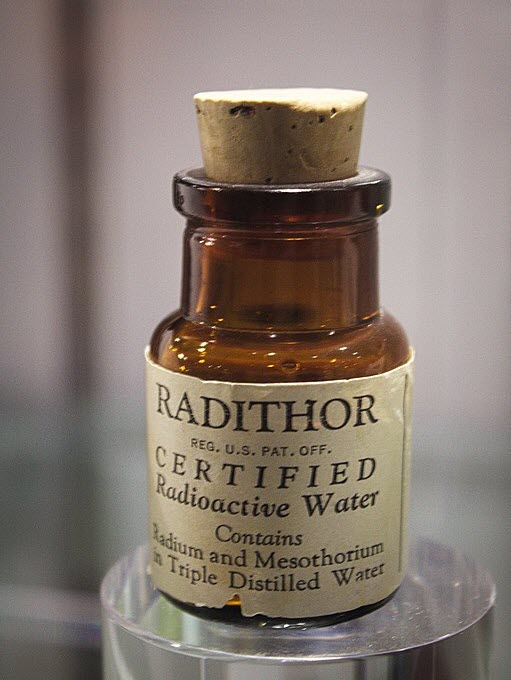 A bottle of Radithor at the National Museum of Nuclear Science & History in New Mexico. Photo credit: Sam LaRussa/Wikimedia