Nearly two centuries ago, a small hamlet lying between Liverpool and Manchester became host to one of the strangest competitions ever held. The Liverpool and Manchester Railway had just completed laying the rails but they were unsure whether to use a self-propelled steam locomotive or a static winding engine to pull passenger wagons by cables. In the end they decided to hold a competition to find out whether a boiler on wheels was better than a boiler bolted to the floor. The idea was that if a locomotive was found to be good enough, it would be used on the new railway. 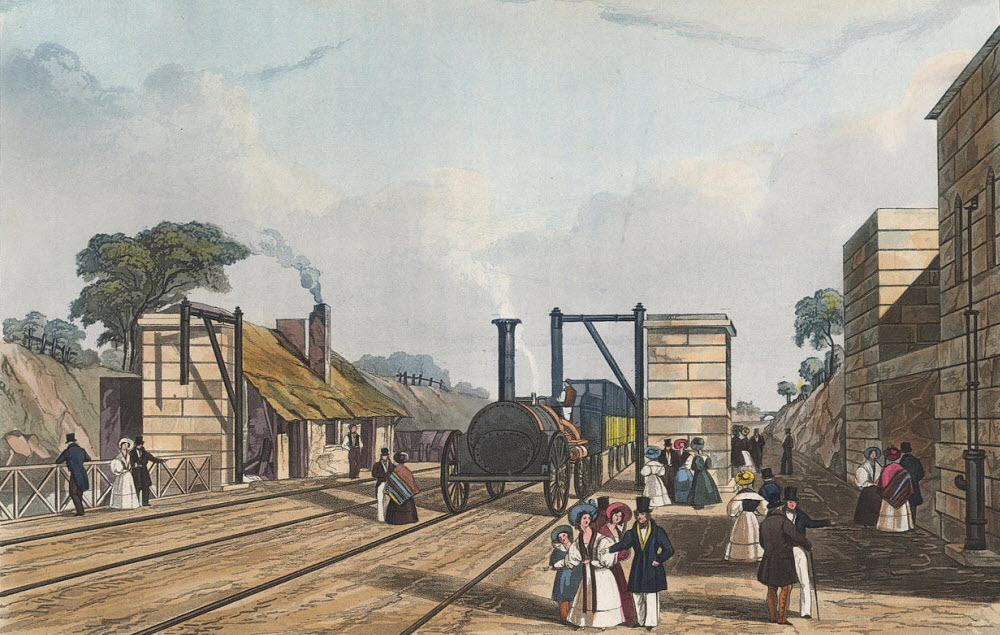 The Liverpool and Manchester Railway by J. Whatman, 1831.