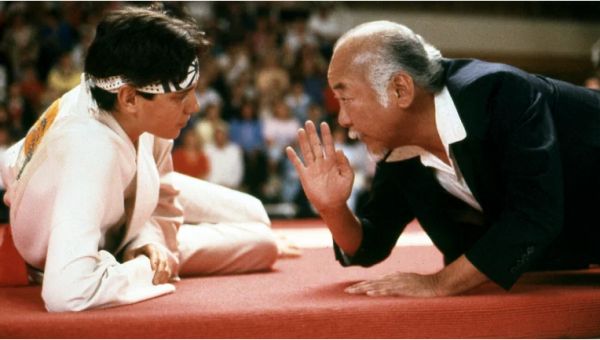 We had martial arts films before The Karate Kid came out in 1984, but they were mostly considered to be B-movies. The saga of Daniel-san and Mr. Miyagi changed all that. Karate schools sprung up everywhere, martial arts actors Bruce Lee, Chuck Norris, Jean-Claude Van Damme, and Jackie Chan became mainstream stars, and there were several Karate Kid sequels, remakes, and even a streaming series that follows the young characters as adults. But how real is the karate of The Karate Kid?

Den of Geek consulted Dr. Hermann Bayer, an expert authority on Okinawan Karate and the author of the upcoming book Analysis of Genuine Karate―Misconceptions, Origin, Development, and True Purpose. Dr. Bayer remembers firsthand how The Karate Kid stimulated the Karate boom in the mid-eighties because he was a practicing Karateka then. But as a martial scholar, he’s pragmatic about his opinions.

“First and foremost, we have to bear in mind that we are talking about a movie, not about a documentation or a piece of research,” says Bayer. “This means that we need to concede that fascinating viewers by something pretty, amazing, or spectacular to look at is more important than authenticity.”

Read and find out how authentic “wax on, wax off” is, and more importantly, how the karate styles give meaning to the characters in the original The Karate Kid.