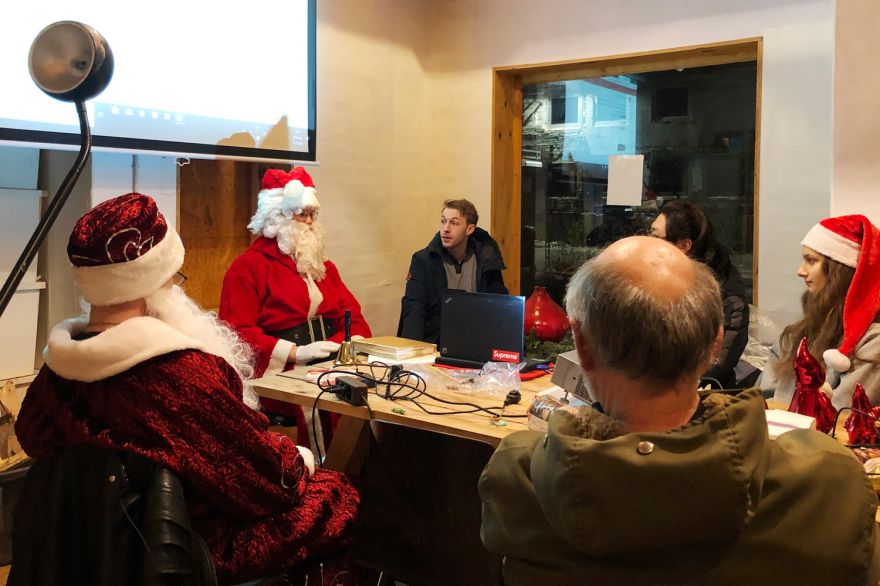 “From out of the forest I appear, to proclaim that Christmastime is here!” Santa — real name Tim Zander — exclaims as he arrives at a workshop in Berlin to train a handful of newbies how to act like him.

“A really epic arrival is good, just like I just performed,” he tells a roomful of recruits, “complete with the bells, the ho-ho-ho, and a heavy knock on the door. But not so hard that you break it.” The applicants, one wearing a full Santa suit, sit around a conference table, taking notes.

Across Europe and North America, hordes of Santa impersonators like Zander have been preparing children for Christmas. In Germany, however, the number of people willing to play Father Christmas has declined quickly, after a student union that traditionally supplied candidates ceased doing so last year due to a lack of interest by students.

More details about this over at NPR.