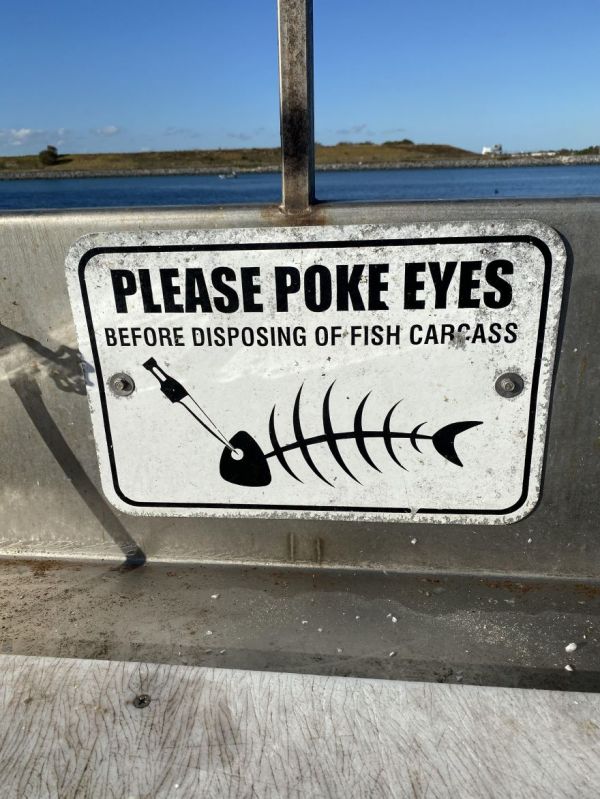 If you’re not an angler, you might be surprised to see this kind of gruesome sign near fishing piers. When this one was posted at Reddit, it sparked a bunch of Three Stooges jokes. But a few folks helpfully explained why you need to poke the eyes out of a fish before throwing its dead body in the water.

An intact fish carcass will float. Even a fish that has been filleted will float when the head is intact. Poking the eyes out will release that buildup of gasses inside so the fish carcass will sink to the bottom. In the natural world, a dead fish will be consumed by other creatures pretty quick. One that floats will be food for birds, and one that sinks will be food for bottom feeders, like crabs. But in the natural world, a dead fish is in itself rare, as they more often are consumed before dying of other causes.

So this is only a problem when humans are involved, throwing away fish or partial fish they have caught. Floating fish either draw too many seagulls to populated areas, or else the floating decomposing fish cause a mighty stink. Now you know.