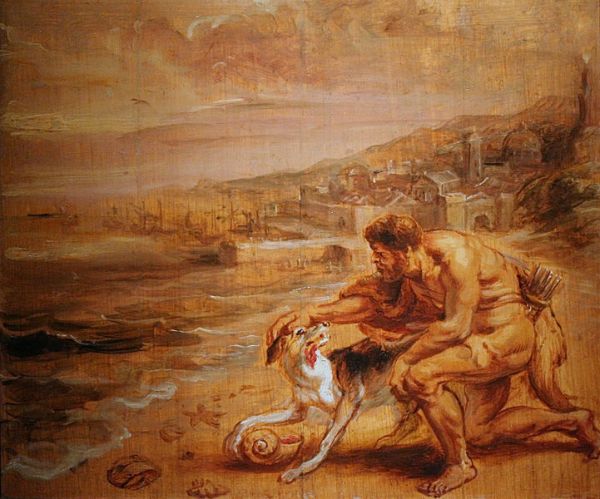 In the ancient world, the color purple was a sign of royalty. Anything dyed the color of Tyrian purple was instantly precious, because the dye was so labor-intensive and the source of the color was so tiny. The expense itself made purple a status symbol. Wearing it was an example of conspicuous consumption, in that it was a signal to others of what one could afford. And that was about all that Tyrian purple had going for it, because wearing out wasn’t all that pleasant.

Purple is a paradox, a contradiction of a colour. Associated since antiquity with regality, luxuriance, and the loftiness of intellectual and spiritual ideals, purple was, for many millennia, chiefly distilled from a dehydrated mucous gland of molluscs that lies just behind the rectum: the bottom of the bottom-feeders. That insalubrious process, undertaken since at least the 16th Century BC (and perhaps first in Phoenicia, a name that means, literally, ‘purple land’), was notoriously malodorous and required an impervious sniffer and a strong stomach. Though purple may have symbolised a higher order, it reeked of a lower ordure.

It took tens of thousands of desiccated hypobranchial glands, wrenched from the calcified coils of spiny murex sea snails before being dried and boiled, to colour even a single small swatch of fabric, whose fibres, long after staining, retained the stench of the invertebrate’s marine excretions. Unlike other textile colours, whose lustre faded rapidly, Tyrian purple (so-called after the Phoenician city that honed its harvesting) only intensified with weathering and wear – a miraculous quality that commanded an exorbitant price, exceeding the pigment’s weight in precious metals.

Read the history of Tyrian purple dye at BBC Culture. -via Metafilter